‘Beyond parody’: Matt Gaetz and dozens of his GOP colleagues try to barge into secret hearing in latest anti-impeachment stunt 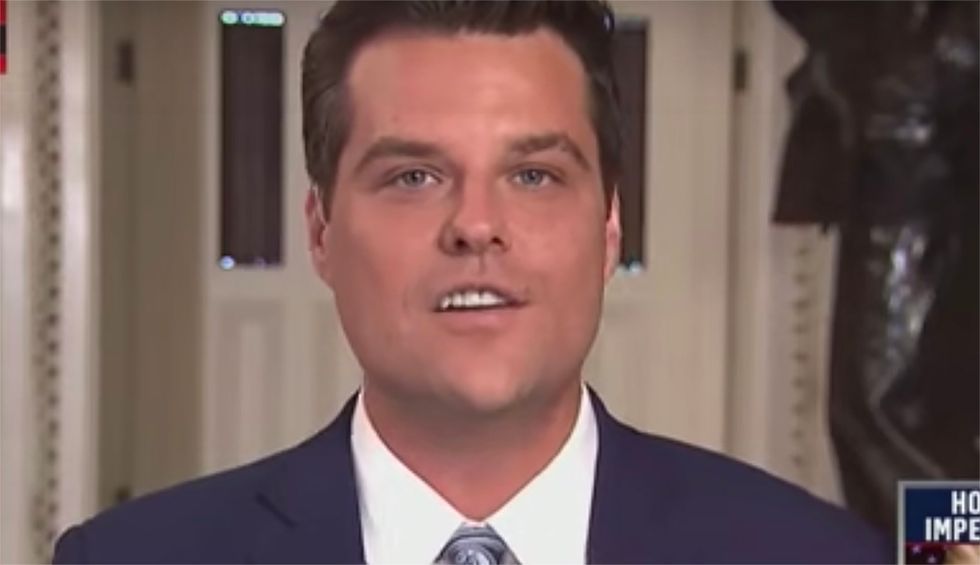 On Wednesday, a group of right-wing representatives led by Rep. Matt Gaetz (R-FL) tried to storm into a secure facility for classified information being used as part of the impeachment proceedings, demanding to be informed of the process.

They are almost certain to be ejected because they are not members of the committees reviewing the evidence.

Reporters reacted with astonishment at the stunt:

We are beyond parody here. History is going to be very unkind to today’s GOP, hopefully for generations. Having… https://t.co/VF5TtfNkJz
— Simon Rosenberg (@Simon Rosenberg)1571839852.0