Will Trump peacefully vacate the Oval Office if he loses in 2020? A lesson from 1800 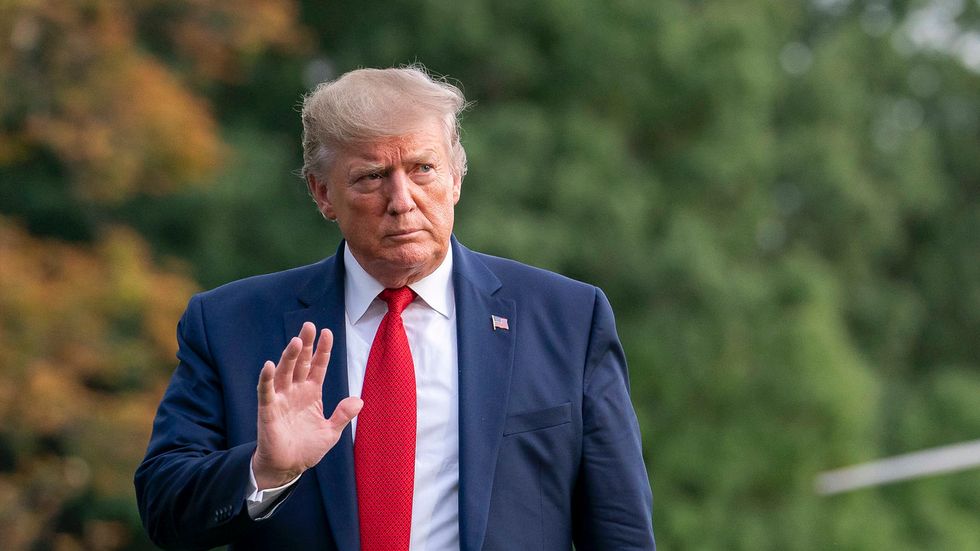 As primary season heats up in the United States, the Democrats are anxiously debating the best path to unseat Donald Trump in 2020. But the question of how to beat Trump is perhaps less urgent than the issue of whether he will accept defeat.

Trump has already questioned his loss of the 2016 popular vote with baseless accusations of voter fraud. He has also repeatedly toyed with the idea of extending his presidency beyond the eight-year limit enshrined in the U.S. Constitution, even trumpeting Jerry Falwell Jr.’s assertion that his first term be extended by two years to compensate for the Russia investigation. Perhaps most ominously, Trump’s former lawyer Michael Cohen warned while testifying before the House Oversight Committee in February 2019:

“Given my experiences working for Mr. Trump, I fear that if he loses in 2020, there will never be a peaceful transition of power.”

Nancy Pelosi, the Democratic speaker of the House of Representatives, recently voiced her concern that Trump will not concede if the Democratic margin of victory is too slim.

The anxiety over Trump’s potential response to 2020 is an outlier in the history of American politics. With the striking exception of 1860 and the ensuing Civil War, the record of American presidential elections is one of peaceful transfers of power. People and parties have rotated the office with minimal trouble for more than two centuries.

Americans tend to look to the election of 1800 as the precedent for this achievement. After Thomas Jefferson and his running mate, Aaron Burr, tied in the Electoral College, the contest was thrown to the House of Representatives to decide the victor.

After 35 successive ties in the House, Jefferson, a Democratic-Republican, emerged victorious, confining Federalist John Adams to only one term.

This was the first time a president relinquished his office to a member of a rival faction. The 1800 election tested whether the republic could survive a partisan battle over the presidency and the resulting success assured Americans that the nation’s experiment in democracy could work.

But that’s not the whole story. The election of 1800 was more of a near-miss than most realize. As the House repeatedly deadlocked, the Democratic-Republicans grew wary that the Federalists would use the stalemate to stall until March 4, 1801, at which time Adams’s term would end and the presidency would then pass to the president pro tempore of the Senate, also a Federalist.

As the March 4 deadline loomed, Pennsylvania Gov. Thomas McKean prepared to defend the Democratic-Republican presidency by force. In case the Federalists tried to install one of their own, the governor drafted a proclamation ordering all officers and citizens of Pennsylvania to declare loyalty to Jefferson as president and Burr as vice-president.

McKean also readied arms for 20,000 militiamen who he would deploy to arrest any member of Congress who prevented Jefferson from taking the presidency. Virginia Gov. James Monroe likewise ordered a guard for his state’s arsenal to prevent any Federalists from plundering its weapons.

But Jefferson finally received a majority on Feb. 17 and McKean aborted his plan. Still, his preparations are revealing.

McKean’s plot demonstrates the contingency of American democracy and its reliance on the decision-making of those charged with maintaining it. Peaceful transitions of power are the result of choices made by individuals. They are not, nor have they ever been, a natural feature of the American political character.

In its first three years, the Trump administration has demonstrated open hostility to the customs that have traditionally stabilized American political institutions.

Its myriad conflicts of interest, defiance of subpoenas and court orders, refusal to release the president’s tax returns, the hiring of Trump’s children, assaults on the media and lack of media access (to name just a few) all raise alarming flags.

And then there’s Trump’s repeated suggestion that he serve more than eight years. All told, Trump looks poised to contest the 2020 results if they do not go his way.

Americans and anxious onlookers should not take a Trump concession for granted. Whether 2020 will follow the peaceful path of 1800 or the road to war of 1860 is anyone’s guess.