Trump's excuses for his Ukraine corruption only convince his cultists 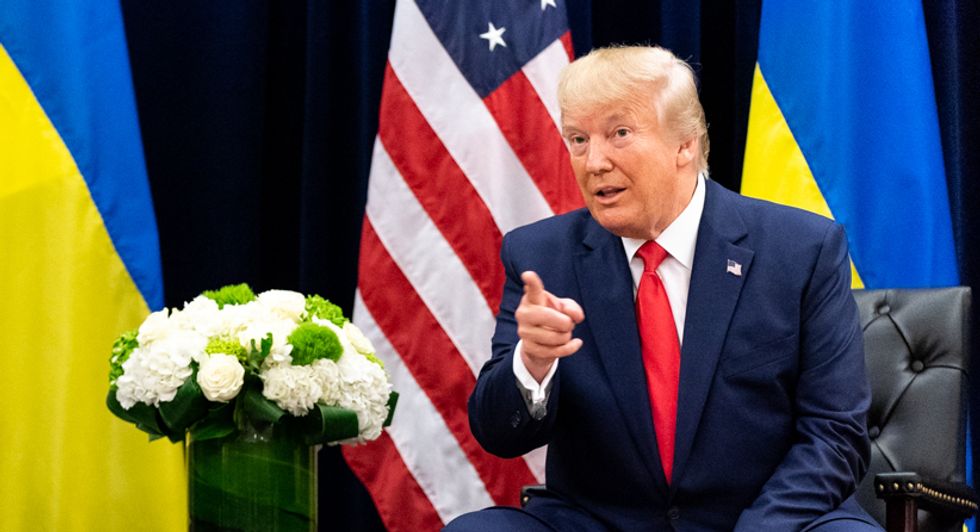 Donald Trump and his coterie of crooks have been casting about for a way to distract from the breathtaking revelation the White House publicly admitted to: that Trump abused the power of the presidency for personal gain.

Among Trump's attack points are his assertion that Democrats are "trying to destroy the Republican party" and that House Intelligence Committee chair Adam Schiff should resign. But Trump's ongoing fixation has really centered on trying to discredit the whistleblower, even though that cat is totally out of the bag.

"Sounding more and more like the so-called Whistleblower isn’t a Whistleblower at all," Trump tweeted Friday morning. His claim appears to be that a whistleblower isn't a whistleblower if they didn't directly witness the abuse of power, and he is determined to make sure this useless objection is a thing even though it's not clear to what end. Because, who cares? America has seen the phone call notes released by the White House. It's exactly what the whistleblower says it was.

Still, Republicans are pounding away at the idea that the whistleblower didn't have "direct knowledge" of the call. Again, who cares?

Trump devotee Sen. John Cornyn of Texas, that's who. "How can you be a whistleblower if you are merely relying what other, unnamed people are telling you, i.e., no personal knowledge?" Cornyn queried. Um, who cares?

Republicans are really desperate to change the subject and make the whistleblower the central focus. Too late, guys. Everything is out in the open. The public simply wants verification that Trump did what was alleged and, guess what? The White House already verified the most important part of the complaint: Trump pressured Ukrainian President Volodymyr Zelensky to investigate the Bidens. Case closed.

Now, there are other allegations in the whistleblower complaint asserting that multiple White House officials knew about the call, were concerned about it, and there appeared to be a coordinated effort to cover it up. That’s the information Democrats will be working to illuminate.

In the meantime, keep talking about that whistleblower, Trump. If anyone at all cares, it's only your 30%-35% of cultists. Everyone else has moved on.