Trump’s bumbling response to Ukraine scandal is a strong signal of what’s in store: columnist 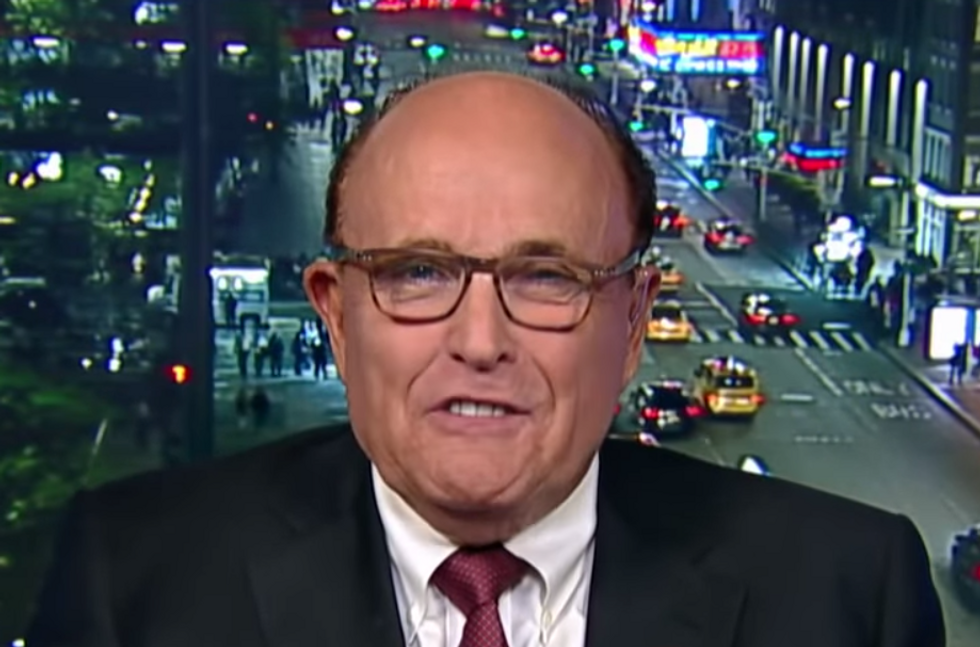 President Donald Trump has found himself in the middle of yet another controversy — this time, over reports that he urged Ukrainian President Volodymyr Zelensky to investigate former Vice President Joe Biden’s son, Hunter Biden. Washington Post writer Aaron Blake, in his Monday column, analyzes the response of Trump and his allies — including his personal attorney, Rudy Giuliani — to the scandal, stressing that their reaction fits an all-too-familiar pattern.

“It was the pattern followed with the Stormy Daniels hush money payments,” Blake notes. “They first denied it completely. Then, Giuliani got out in front of the story by arguing that there would be nothing wrong with it because it was simply a private transaction — even though it occurred shortly before the 2016 election. At the time, Trump himself denied that he had any knowledge of what went down, but eventually, it was discovered that he was aware of the payment in real time.”

Blake elaborates, “The pattern also held at various points during the Russia investigation, when Trump would dismiss accusations or media reports as ‘fake news’ before later trying to inoculate himself even if the story was true — and then, eventually, admitting that it did happen.”

The Ukraine controversy came about after a whistleblower in the federal government came forward and alleged that Trump had made a troubling “promise” to a foreign leader. And that leader, according to reports, has turned out to be Zelensky.

Trump has tried to discredit the whistleblower, whose identity remains a mystery. The president has said of the whistleblower’s allegations, “It’s a ridiculous story” — and also, “It’s a partisan whistleblower.” But after that, Trump tried to make any conservations with Ukraine sound innocent.

Blake explains, “To get ahead of bad news, Trump acolytes often will deny or decline to confirm the underlying charge, but also, offer a preemptive defense in case it’s proven.”

Blake concludes his Monday op-ed by stressing that there are still unanswered questions surrounding the whistleblower’s Trump-related allegations.

“Just because both Trump and Giuliani are offering preemptive defenses, that doesn’t prove what the whistleblower said was accurate,” Blake asserts. “We don’t even know exactly what the whistleblower alleges, beyond that it involves Ukraine and some kind of ‘promise’ — and that it was regarding more than a single communication. But if the complaint is completely without merit, you don’t really need to litigate what might happen if it turns out to be true. And history suggests this is a strong signal of what’s to come — whether Trump’s talks with the Ukrainians included an explicit quid pro quo or not.”