Trump supporter on MSNBC flattened for pushing debunked Biden smear: This is what ‘happens in a banana republic’ 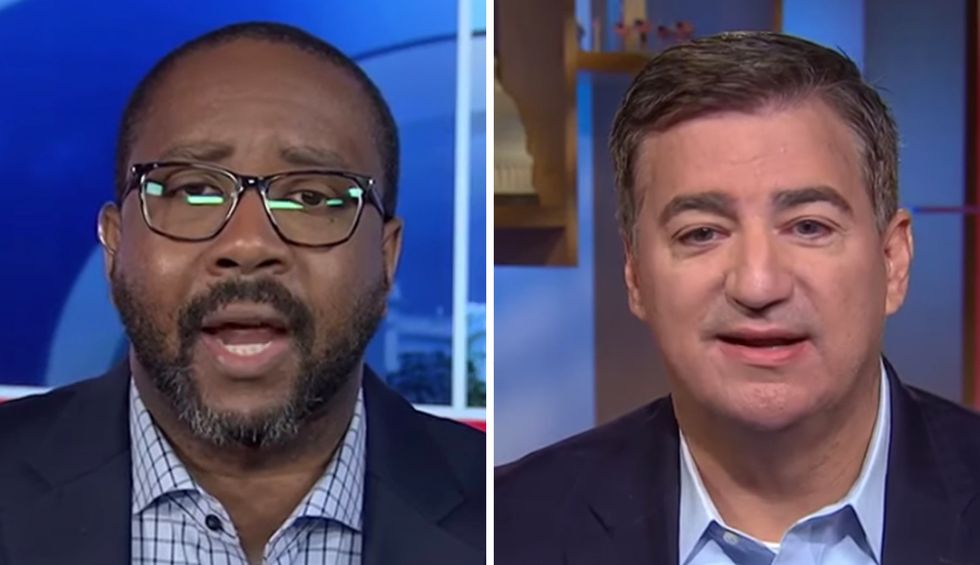 Appearing on MSNBC early Sunday morning, a supporter of Donald Trump attempted to push the debunked smear of Joe Biden and his son only to have a critic of the president explain to him that he should be outraged at Trump for once again seeking foreign interference in U.S. elections.

Running a clip of the former vice president firing back at Trump and telling reporters they need to ask the right questions, host Philip Mena asked Liberty Government Affairs founder Brian Darling what he thought of Biden pushing back.

“Hey, if I was Joe Biden I would be yelling, too,” Darling asserted. “Because this is a real scandal. The fact that Joe Biden’s son amassed $3 million working for a natural gas company in Ukraine when he has no experience in natural gas, he has no expertise in regulatory affairs in the Ukraine and what did his dad do? His dad was vice president of the United States overseeing Ukraine policy and threatened to withhold money, a billion dollars in aid to Ukraine if they didn’t fire the prosecutor that was investigating that company.”

“I would be screaming, I would be pointing my finger at President Trump because I would be angry and scared that this could end my campaign,” he added.

Given a chance to respond, Bishop Garrison of the Rainey Center for Public Policy called out Darling and Trump.

“Yeah, I think a lot of Americans would be angry as the vice president is, but I think for absolutely different reasons than what Brian just laid out,” Garrison shot back. “I think they would be very upset that the president of the United States is targeting a family member of a political opponent.”

"this is the type of thing that happens in a banana republic,” he continued. “This is not something that happens or should happen in the United States. If prosecutors or if a political opponent was coming after any member of Trump’s family in this type of manner, he would be livid, he would be on Twitter, he would be in the news cursing and damning that person completely and totally. So for him to turn around and use this as a political tool is just beneath comment.”