Trump pressured the Ukrainian president to investigate the Bidens 'about eight times' in a single call: report 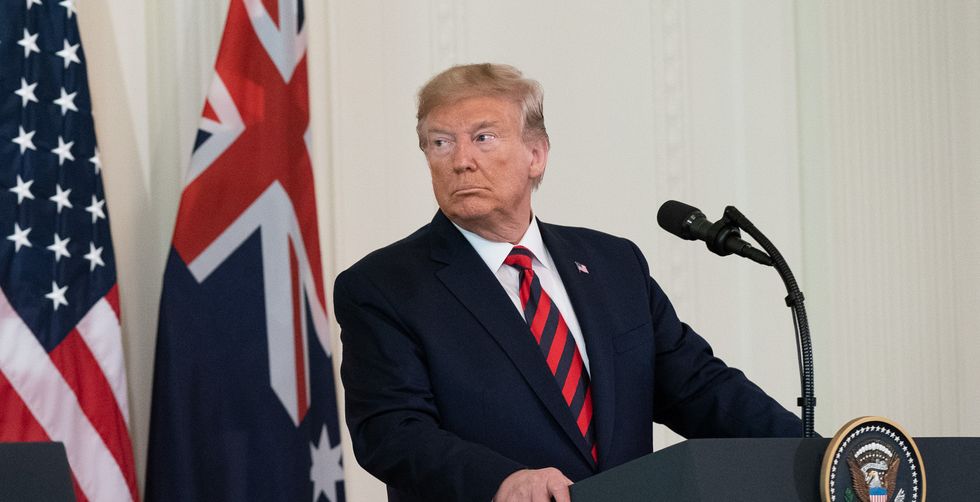 The report cited anonymous "people familiar with the matter." It explained:

“He told him that he should work with [Mr. Giuliani] on Biden, and that people in Washington wanted to know” whether allegations were true or not, one of the people said. Mr. Trump didn’t mention a provision of foreign aid to Ukraine on the call, said this person, who didn’t believe Mr. Trump offered the Ukrainian president any quid-pro-quo for his cooperation on an investigation.

Consider several important features of this reporting. First, the story comes from the Wall Street Journal, rather than the Washington Post and New York Times, which have broken previous developments in the story of an intelligence community whistleblower who has been stymied in trying to turn over a complaint to Congress. According to the Post and the Times, the whistleblower was alarmed at a "promise" Trump made to a foreign leader in discussions related to Ukraine. In a letter that has since become public, the intelligence community inspector general, who reviewed the complaint, indicated this week that the whistleblower's concern is urgent and credible.

It's not inherently suspicious, of course, that another prominent news outlet would build on a story first exposed in the Times and Post, of course. But it's a sign the reporting may come from different sources.

Second, building on this point, the Journal's reporting seems to have a different focus than the Post and Times' stories. It doesn't mention a "promise" of any sort, and it is more forthright in asserting that the call in question was with the Ukrainian president, rather than alluding to this fact. This again points to the idea that this could be coming from different sources.

Third, this reporting specifically pushes back on the idea that there might have been a quid pro quo in the phone call. Questions about this fact have arisen given that some reporting suggests Trump may have used a delay of funds to Ukraine to induce Zelensky to launch the Biden probe. Even without this reporting, though, the fact of the delay of the funds and Trump's clear desire to see Ukraine go after Biden would have supported the inference that he's strong-arming the government. But the Journal report seems to be trying to tamp down this speculation.

So what could this mean? It suggests to me that the new report could be coming directly from sources in the White House or the DOJ — and for the purpose of defending the president. The Times has reported that details of the complaint, which has been stalled by the DOJ, have also been shared with the White Hosue. While the story has been unfurling, Trump-friendly officials, or Trump himself, could be pushing to get information out to the media that would deflate the quid pro quo speculation. The Journal report, notably, doesn't even mention the whistleblower complaint itself until the second-to-last paragraph.

None of this is to suggest that the Journal report is false. Reporters at the newspaper are as good as they come, and they're not likely to be manipulated into printing lies for the administration. But it is conceivable that the White House could be using the paper to reveal specific details that tamp down suspicions, perhaps misleadingly. Even if it's true that Trump didn't float a quid pro quo in this phone call in question, one might point out, that doesn't mean it didn't come up at another point.

However, as I have previously argued, Trump's attempts to pressure Ukraine to investigate the Bidens — whether publicly via Giuliani's overt efforts or through other means — are grossly unethical and impeachable on their own. No president should be using the inherent power of their office to even suggest that a foreign government investigate their political rivals. It is flatly corrupt. This would be true even if Trump's stalling of aid to Ukraine had nothing to do with the Biden request because from the Ukrainian perspective, there'd be no way to know for sure that the delay wasn't an implicit effort of extortion.

From the beginning, the situation has been a flagrant abuse of power. As more details are revealed, it's only looking worse.