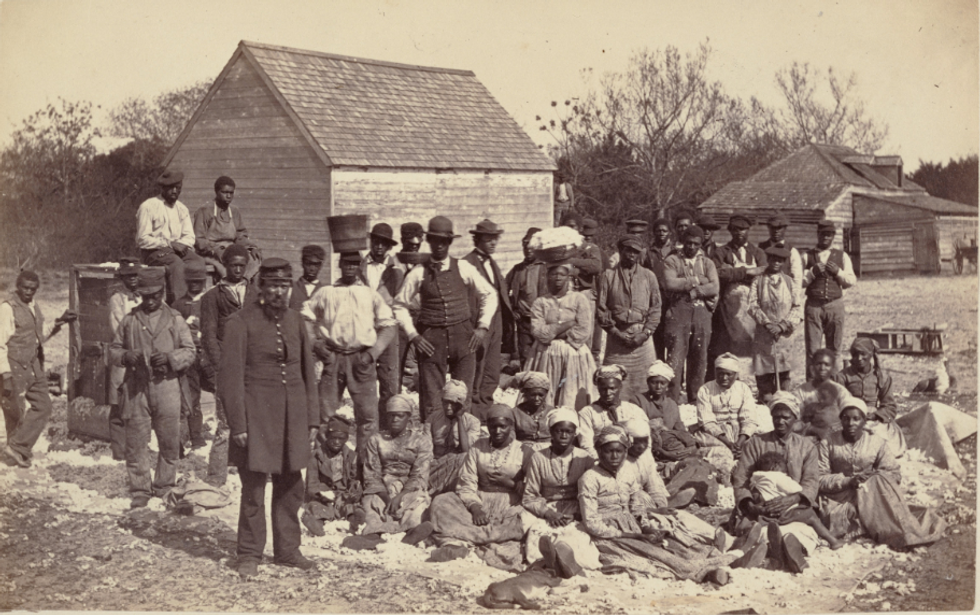 I may have already exhausted my life’s allotment of heavy sighs, but here we go again.

Donald Trump — the least racist person you’ll ever meet, believe me — took a tour of the National Museum of African American History and Culture just before his inauguration in 2017 and, well, it was a huge embarrassment, like everything else he does.

In a new memoir, incoming Smithsonian Secretary Lonnie G. Bunch III, who was the museum’s founding director until earlier this summer, describes a president-elect who was — hie thee hither to yon fainting couch — not all that interested in African-American history. Except, you know, the parts that were oh-so-tangentially connected to Himself.

In A Fool’s Errand: Creating the National Museum of African American History and Culture in the Age of Bush, Obama and Trump, Bunch writes that the Trump administration requested a visit to the museum and, of course, wanted to make it all about Trump. They asked that Trump be allowed to visit on Martin Luther King Jr. Day and that the museum be closed to the general public while Suck à l’orange was befouling the sacred space with his racist stink lines.

”The notion that we could shut out visitors on the first King holiday since the opening of the museum was not something I could accept,” wrote Bunch.

Oh, but that’s just the aperitif, friends. What? You didn’t think it would get crazier? Shame on you.

With Ben Carson in tow — because, you know, he’s a black man in Trump’s Rolodex — Trump somehow missed the gravity and solemnity of the occasion. Hard to believe, right?

Before the president-elect arrived, his aides told Bunch that Trump “was in a foul mood and that he did not want to see anything ‘difficult,’” Bunch writes. Nevertheless, Bunch started the tour in the history galleries, which begin with the global slave trade.

“It was not my job to make the rough edges of history smooth, even for the president,” he writes.

Indeed. Unfortunately, Trump was standing by with his industrial belt sander.

“The president paused in front of the exhibit that discussed the role of the Dutch in the slave trade,” Bunch writes. “As he pondered the label I felt that maybe he was paying attention to the work of the museum. He quickly proved me wrong. As he turned from the display he said to me, ‘You know, they love me in the Netherlands.’ All I could say was let’s continue walking.”

See? I told you it could get crazier.

Bunch’s response to the Netherlands shtick? “There is little I remember about the rest of the hour we spent together. I was so disappointed in his response to one of the greatest crimes against humanity in history. Here was a chance to broaden the views and the understanding of the incoming president and I had been less successful than I had expected.”

Well, don’t beat yourself up, sir. You’re not exactly dealing with the best and the brightest here.

We promise to find you a real president — very soon.