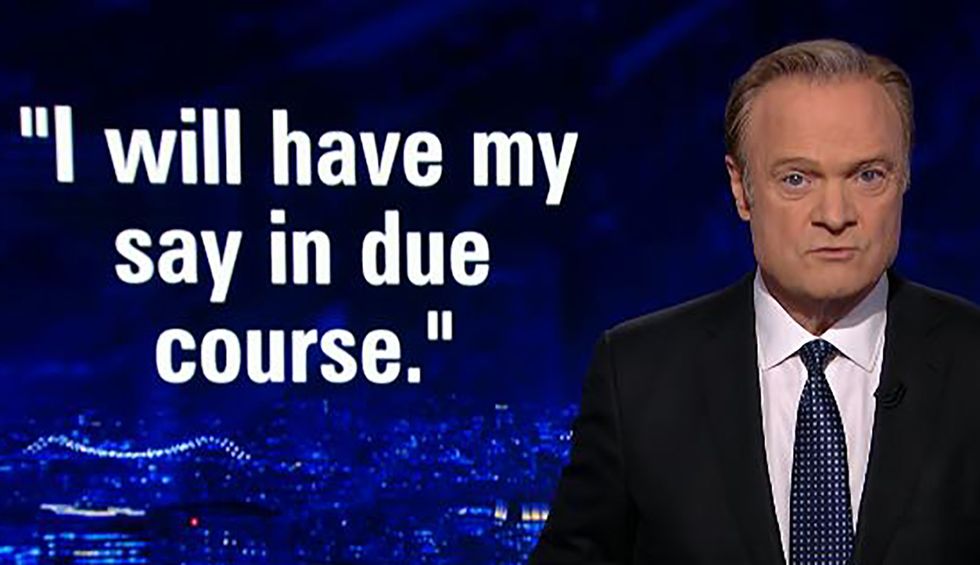 MSNBC anchor Lawrence O’Donnell on Wednesday broke down a scenario that should haunt President Donald Trump.

“It would have been much better for Donald Trump if John Bolton decided to have his say today and get it over with, but on this, at least, John Bolton is much, much smarter than Donald Trump,” O’Donnell said.

“Might ‘due course’ be, oh, a year from now in September or October of 2020? At the height of the presidential campaign? Might that be the moment for John Bolton to release his second memoir of service to a president? Might that be when and how John Bolton has his say?” O’Donnell wondered. “And what would that book do to the Trump reelection campaign? Donald Trump should be very worried about John Bolton’s next book.”

“There is a small group of New York literary agents to handle books like this and they would all advise John Bolton to have his say in a book and to maximize the value in the marketplace, John Bolton should say nothing between now and when the book comes out. That means that every day of John Bolton’s silence becomes more ominous for the Trump campaign,” he explained.

The stakes aren’t just enormous for Trump, but also for Bolton.

“John Bolton is in a position to become the best-selling author ever of an inside the Trump White House book, and he has enough time to write one and get it published at the height of the presidential campaign, and that book could be worth several million dollars. A life-changing amount of money for John Bolton.”

“I think he’s got the chance to stick the knife in right into Trump’s soft under-chin at the right moment — if he chooses to do so,” Wilson said, ominously.