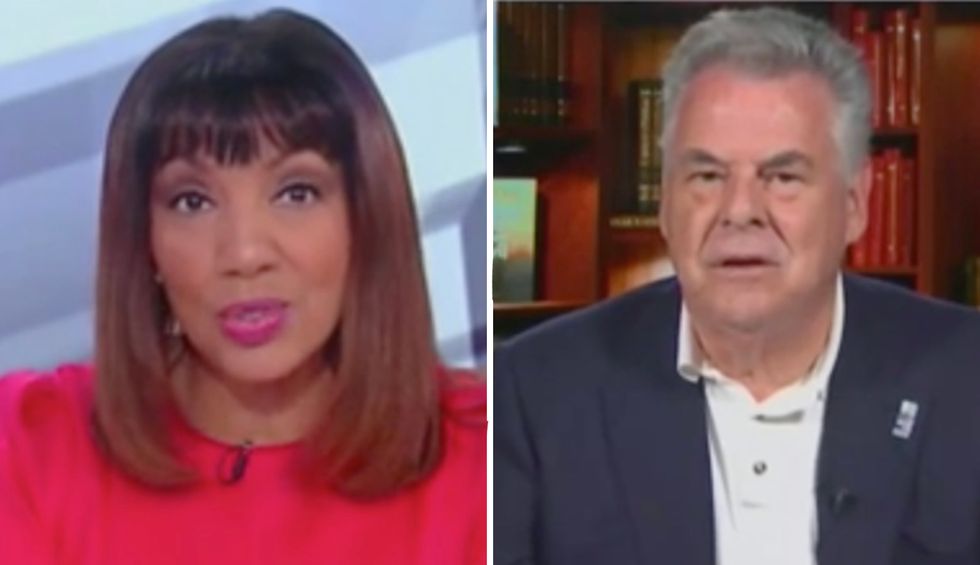 Neville twice asked King about Trump’s Ukraine scandal, and both times he evaded the question by saying that Congress does not have a right to know the details of Trump’s conversations with foreign leaders.

On her third attempt, Neville got to the point by noting Trump’s alleged actions are “a problem.”

“We don’t know that it’s true, we hope it’s not true,” the Fox News host said of the allegations against Trump. “But if there is a possibility that our president used his office to put pressure on a foreign government — president-elect — to dig into his possible, potential political opponent, then that’s a problem.”

“And that’s all I’m asking, sir,” she explained. “Is that something that concerns you, that that’s what you would want to get to the bottom of?”

For his part, King seemed to quickly admit the charges should be looked into “if that’s what happened.”

“But again,” he added, “I think the president of the United States has the right to carry on these conversations.”

Fox News viewers expressed outraged over the line of questioning.

Arthel on Fox is such a dishonest commentator interview with peter king about Ukraine today! Continues to interrupt… https://t.co/4Eytc3ueOk
— Jim (@Jim) 1569170299.0

Isn't it timely how Arthel Neville always cuts off Republicans making a point in defense of Trump? Just another lef… https://t.co/42SiIe21EZ
— lkdlikenatialie (@lkdlikenatialie) 1569170564.0

Fox news why do you let arthel anchor on Sunday go out quote politafact that Biden did not hold money up to ukrain… https://t.co/eCjQRTHAzq
— alex (@alex) 1569175429.0