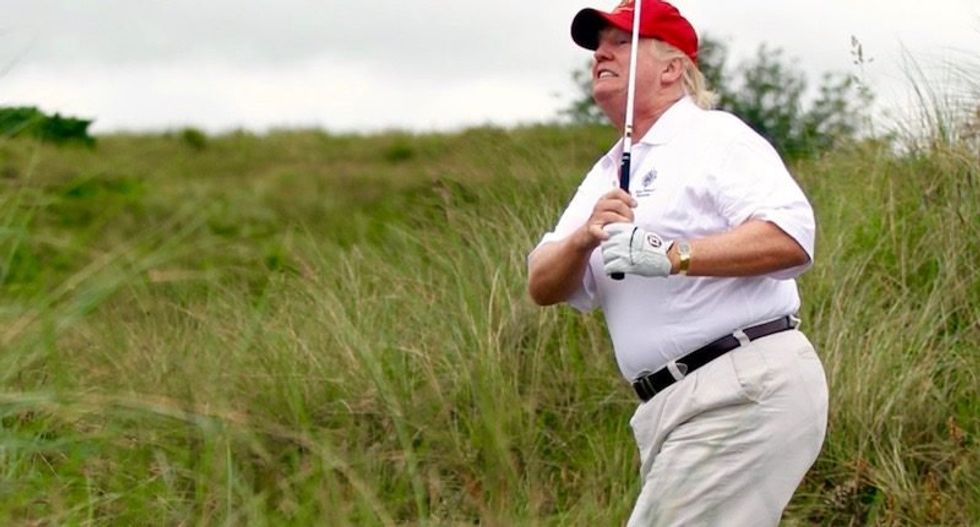 When Donald Trump was campaigning for president in 2016, he characterized President Barack Obama as someone who was spending way too much time on the golf course and not enough time at 1600 Pennsylvania Avenue. If he won the election, Trump insisted, he would be too busy running the country to play golf. But according to former Trump Organization exec Barbara Res — who was interviewed for a Los Angeles Times report by Eli Stokols and Chris Megerian — Trump isn’t even working as hard at his current job as he worked in the past.

Res worked closely with Trump in the 1980s and 1990s, when she managed construction projects for him. And Res told the Times, “He’s working less. He seems to care less about his job now than he did back when I was working for him. Maybe it’s because he has more confidence or a greater sense of power sitting in the Oval Office. He thinks he can say and do anything now — or not do anything.”

According to Res, Trump equates tweeting and watching television with working. Res told the Times, “It looks like he’s not even trying, but he thinks he’s trying. To him, all the watching TV and tweeting is work; so, he believes he’s on the clock 24-7, 365.”

Res isn’t the only person who discusses Trump’s work habits in the Times’ report. Democrat Leon E. Panetta, who served as White House chief of staff under President Bill Clinton and secretary of defense and CIA director under President Barack Obama, views Trump as unfocused. And the 81-year-old Panetta, using a Hurricane Dorian analogy, told the Times, “Trump operates the way this hurricane operates: there’s a lot of destruction and chaos going on, but no clear path where it’s heading.... It’s very much an ad hoc presidency that relies on his gut instincts rather than any kind of policy process.”

Presidential historian Douglas Brinkley, who teaches at Rice University in Houston, stressed to the Times that although Trump is hardly the first U.S. president who plays golf, he devotes more time to the game than Obama or President Dwight D. Eisenhower.

Trump, Brinkley told the Times, is “the golfer in chief. Eisenhower liked to golf. So did Obama and other presidents. But Trump simply unplugs.”