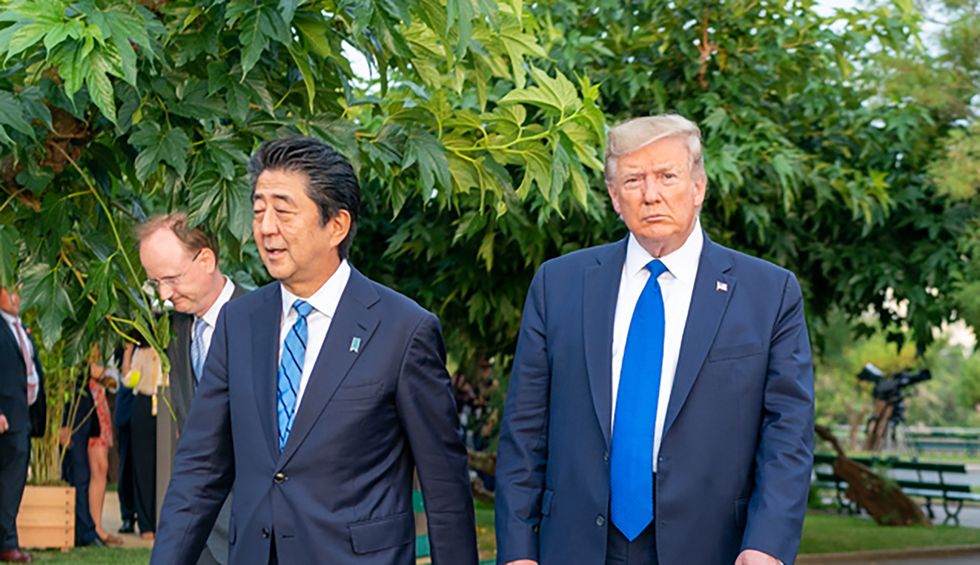 Japanese Defense Minister Taro Kono told reporters Wednesday that he has not seen any intelligence indicating Iran was behind the attacks on Saudi Arabian oil facilities over the weekend, contradicting Saudi and Trump administration claims about the incident.

"We are not aware of any information that points to Iran," Kono said during a press briefing. "We believe the Houthis carried out the attack based on the statement claiming responsibility."

The only evidence the Trump administration has released to substantiate its claim of Iranian responsibility are satellite photos that experts said are not clear enough to assign blame. Ret. Gen. Mark Hertling, a CNN intelligence analyst, said the images "really don't show anything, other than pretty good accuracy on the strike of the oil tanks."

Kono said Japan, an ally of both Iran and the U.S., is still in the process of determining who was behind the attacks, which were allegedly carried out by drones.

"Given Japan's strong ties with the U.S. based on the U.S.-Japan Alliance, and the relationship of trust that Japan has with various countries located in the Middle East, Japan is in a position to fulfill a mediating role," said Kono.

The defense minister's statement is the second time this year Japan has contradicted the Trump administration's attempt to pin an attack on Iran with insufficient evidence. In June, as Common Dreams reported, the Trump administration blamed Iran for an explosion that damaged a Japanese oil tanker in the Gulf of Oman. Yutaka Katada, president of the Japanese company that owns the tanker, publicly disputed the White House's account of the attack.

Japan is not the only major nation to express skepticism about the Trump administration's rush to blame Iran for the attacks, which briefly paralyzed Saudi oil production and sent crude prices soaring.

French Foreign Minister Jean-Yves Le Drian said Tuesday that he is not aware of evidence demonstrating Iranian involvement, despite claims by U.S. and Saudi officials.

"Up to now France doesn't have proof permitting it to say that these drones came from such and such a place, and I don't know if anyone has proof," said Le Drian. "We need a strategy of de-escalation for the area, and any move that goes against this de-escalation would be a bad move for the situation in the region."