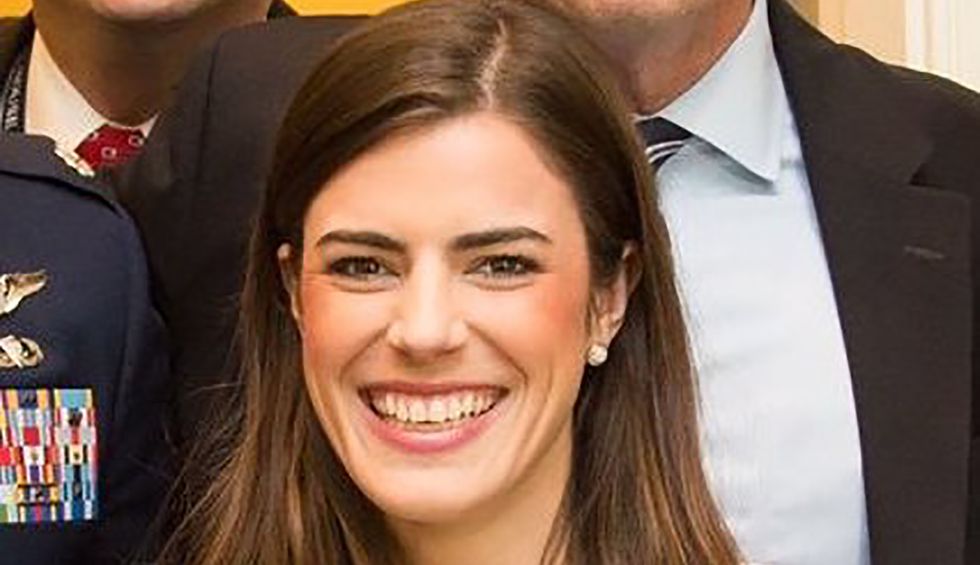 President Donald Trump’s personal assistant, his Oval Office gatekeeper since Day One of his administration, has “abruptly resigned” in the wake of the President discovering she had “indiscreetly” shared details about the President’s family and White House operations during an off-the-record dinner with reporters, according to NBC News and The New York Times.

Madeleine Westerhout, who officially was the Director of Oval Office Operations, is a former RNC staffer who “reportedly cried on election night because she was upset over Mr. Trump’s victory.” She later grew to be a big supporter of Trump. Her Twitter page shows a plethora of retweets of the president’s tweets, and her own commentary.

In February she called leaking the president’s schedules, which revealed his ever-increasing “executive time,” “a disgraceful breach of trust.”

She was also not shy about making ugly attacks on Democrats:

She also called the President “incredibly kind and compassionate.”

CBS News adds that Trump “often referred to her as ‘my beauty.'”