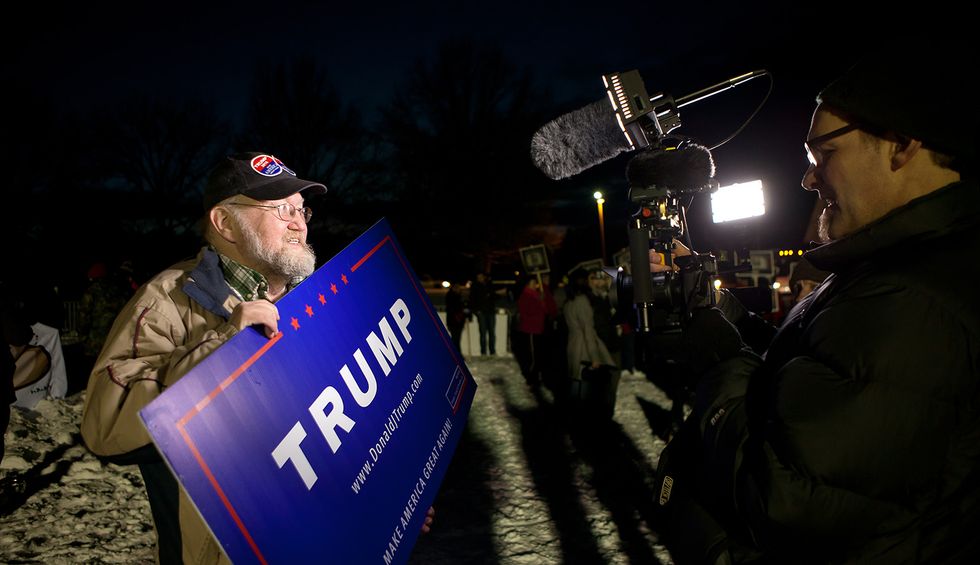 The inversion of the U.S. Treasury yield curve on Wednesday sparked fresh fears of a coming recession in the United States — and even President Donald Trump’s favorite business network reported on it.

An article by Fox Business’ Jonathan Garber features the headline “Recession indicator with perfect track record flashing red,” and it contains plenty of unwelcome news for the president as he prepares to head into a tough reelection fight.

“The yield curve is blaring a recession warning,” Garber writes. “The spread between the U.S. 2-year and 10-year yields on Wednesday turned negative for the first time since 2007. Such a development has occurred ahead of each and every U.S. recession of the last 50 years, sometimes leading by as much as 24 months.”

The reason why this inversion is seen as a sign of a possible recession is that yields on ten-year bonds are usually higher than yields on two-year bonds because there is greater risk involved in investing in a long-term bond, which means investors in those bonds demand higher payouts than investors in short-term bonds.

So when the so-called yield curve inverts — that is, when ten-year bonds actually pay less than two-year bonds — it is seen as a sign that investors believe there are significant risks to the economy and are flooding their cash into safe harbors.

Needless to say, this news did not sit well with the Trump fans in Fox Business’s comments section.

Another user, who goes by the name of “Kenndog,” accused Fox Business of “cherry picking” numbers — and then acknowledged that a recession could come anyway.

“The truth is that recessions come and go as a natural part of the economic cycle. Right now, we’re in a sweet spot that could last a generation,” the user wrote. “Or not.”

Other Trump fans, meanwhile, remained in total denial and argued a recession in 2020 would only help Trump win.

“And this boys and girls is why we have President Trump,” one user wrote. “His anti-globalist methods are good for OUR country. Let the other countries get their own nationalist leader. Trump 2020….And Beyond!!!!!!”