Trump humiliated his own supporter at a rally — and he won't even apologize: reports 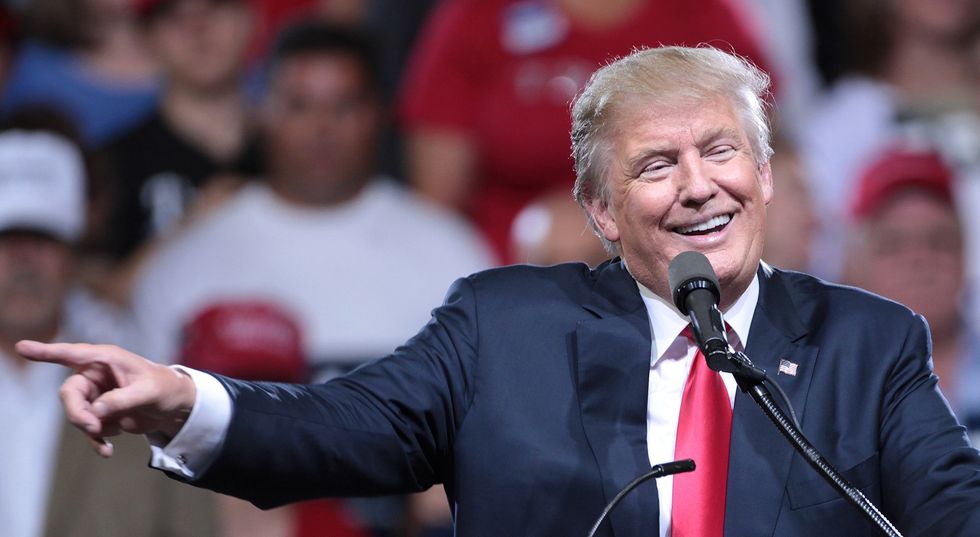 In a typically raucous and mendacious campaign rally Thursday night, President Donald Trump launched one rhetorical attack that stood out from the rest. Unlike his usual insults and smears of his political opponents and critics, this one targeted someone in the crowd.

Trump seems to have thought he was talking about about a protester who had disrupted the rally. But the Associated Press reported:

As the protesters were being led out, a Trump supporter wearing a “Trump 2020” shirt near them began enthusiastically shaking his fist in a sign of support for the president.

But Trump mistook him for one of the protesters ...

That's when Trump launched into his fat-shaming screed.

The Trump team seems to have figured out that the president messed up. Fat-shaming is nothing new for Trump, of course, but he sees no advantage in fat-shaming a fan. And so, according to multiple reports, the president called the man he attacked for being overweight.

"President Trump called the supporter he shamed for being overweight at last night's rally from aboard Air Force One and left him a voicemail, per WH official," said the Washington Post's Philip Rucker.

The New York Times' Maggie Haberman said that Trump told the man "he wasn’t talking about him when he fat-shamed someone, and thanked him for support." Of course, if he wasn't talking about the man in question, it's not clear why the president would have called at all. And he could have avoided the whole mess by just not mocking anyone's weight, which can be offensive to people whether or not they are the specific target of his wrath.

CNN's Kaitlan Collins expanded on the reporting, noting that he refused to apologize for the remarks.