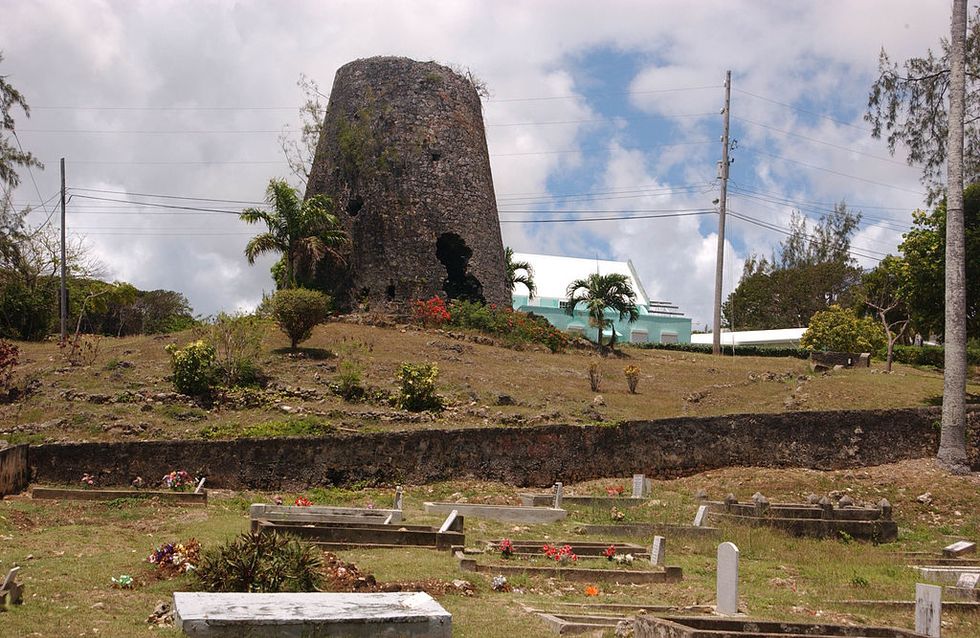 The vicious ideology that allegedly drove a gunman to kill 22 people in El Paso, Texas last week could be traced back to a tiny island on the eastern fringe of the Caribbean Sea.

As England’s most famous and profitable colony in the 17th century, Barbados shaped many of the rules and ideas of the future United States. That includes the toxic mix of white privilege and resentment that has plagued the United States ever since.

From servants to slaves

The planters who came to this island in 1627 treated everyone badly. As one English overseer recalled, “I have seen such cruelty [done there] to servants, as I did not think one Christian could have done to another.”

Most of these British servants had agreed to work for five years on the island’s tobacco and cotton farms. But in the 1640s, during Britain’s civil war, thousands of POWs, vagrants and orphans were also “spirited” to Barbados and sold to the highest bidder. Very few returned.

During that same decade, English merchants gained access to west African slave depots. Responding to the island’s insatiable labour demands, these merchants sent ships full of people from Angola, Guinea-Bissau and Cape Verde to Barbados. The planters put these slaves to work making sugar, which resembled cocaine both in its power to addict users and to enrich producers.

The big planters soon calculated they could wring the most profits from Africans. Many of the Black slaves had previously worked on Portuguese-occupied sugar islands in West Africa and were less susceptible to the deadly yellow fever that killed thousands of white servants in a 1647 outbreak. Growing criticism in England and some colonies of the practice of “spiriting” freeborn Englishmen to the Americas also shaped this decision.

In 1661, the island’s assembly passed two historic acts, one that rejected bondage for “any Children of the English Nation” and one that embraced it for “brutish” Africans.

From island to continent

The Barbados model then spread to British North America, sometimes via word-for-word cribbing of the 1661 laws. South Carolina in particular was as much a colony of Barbados as it was of England. Its haughty elite invited whites to see themselves as members of a ruling race whose manifest destiny was to conquer the New World.

But dangling such unlimited powers before the whole Euro-American population turned out to be self-defeating for the British colonists.

This was especially true for those who later spurned the Crown and declared themselves to be entirely free and independent. Refusing any limits on their pursuit of wealth, the most ruthless owners eventually took over the best lands and the most slaves, leaving many whites with little more than their racist sense of entitlement.

This moment came quickly on tiny Barbados. As one wealthy planter noted in 1666, men like him had already “wormed out” the humble colonists. Many poorer merchants then moved on to other colonies, where they gained a reputation as both proud and bitter.

Things were different in the new United States, because even before the Louisiana Purchase it was some 5,000 times larger than Barbados. But no matter how much land they stole from the Indigenous inhabitants, the spectre of Barbados and South Carolina — places with enslaved Black majorities — haunted American citizens.

These fears and fantasies of white supremacy in America have pushed many people to vigilante violence and racial terrorism. This happened in the 1860s, as Black Americans emerged from slavery, and again a century later, as racial minorities demanded real equality. It’s happening again today.

“You will not replace us!”

Convinced that people like them built America, the white nationalists of the 21st century hate both non-white “others” and “cultural elites” who don’t care enough about blood-and-soil privileges. They are convinced that the world is theirs and at the same time, that the world is against them. They embrace conspiracy theories filled with dark reflections of the distant past.

The alleged El Paso shooter believed in the idea of the “great replacement,” in which whites are replaced by an “other” workforce of low-wage immigrants. Unable to identify with non-white workers, the alleged shooter named them as mortal threats to the way things should be in America — that is, with him on top.

Now more than ever, we need to see that white nationalism came out of some of the darkest corners of American and British colonial history. It’s a product of past decisions rather than something natural or inevitable.

It’s a tangle of lies, greed and fear that we can dissect, confront and overcome.

In moments of despair, we might take a lesson from Barbados. Independent since 1966, the island nation has become a true democracy, a decent society that has awoken from the long nightmare of its past.