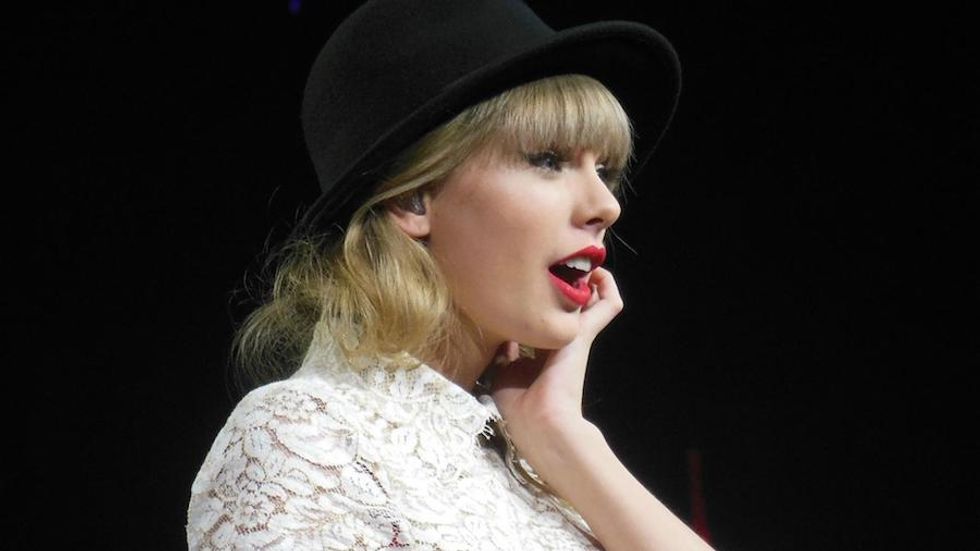 Singer Taylor Swift is becoming more and more outspoken about her support for progressive politics, but according to fellow musician Kid Rock, it’s only because she “wants to be in movies.”

Rock was responding to a recent Vogue piece profiling Swift, where she explained why she wasn’t politically active during the 2016 campaign as Donald Trump surged to the presidency.

“Unfortunately in the 2016 election you had a political opponent who was weaponizing the idea of the celebrity endorsement,” Swift said, referring to Trump. “He was going around saying, I’m a man of the people. I’m for you. I care about you.’ I just knew I wasn’t going to help.”

“Also, you know, the summer before that election, all people were saying was, ‘She’s calculated. She’s manipulative. She’s not what she seems. She’s a snake. She’s a liar,'” Swift said in the piece, adding that those were “the same exact insults people were hurling at Hillary.”

“Would I be an endorsement or would I be a liability? ‘Look, snakes of a feather flock together. Look, the two lying women. The two nasty women.’ Literally millions of people were telling me to disappear. So I disappeared. In many senses,” she continued.

But according to Rock, who is a vocal Trump supporter and proponent of the Confederate flag, Swift’s political commentary is only designed to further her career.

“Taylor Swift wants to be a democrat because she wants to be in movies….period,” Rock tweeted this Friday. “And it looks like she will suck the door knob off Hollyweird to get there. Oldest move in the book. Good luck girl.”

Unsurprisingly, Rock’s tweet sparked a wave of backlash in the comments, especially in light of his unfounded claim that Swift would provide sexual favors to “get there.”

@KidRock This is definitely a legitimate criticism that is not at all motivated by bottom-feeder jealousy. Time to… https://t.co/Lkaccx9Qvu
— Brooke Binkowski (@Brooke Binkowski)1565374006.0

Replying to Rock’s tweet, comedian Patton Oswalt mentioned that the country boy, middle class persona Rock has fashioned for himself doesn’t quite reflect his true story.

Amen, Bob. She should be a real American like you, growing up on a six acre estate complete with tennis court and h… https://t.co/vHPG3TQ9GS
— Patton Oswalt (@Patton Oswalt)1565373560.0