Here are 5 ways Donald Trump has made gun violence worse 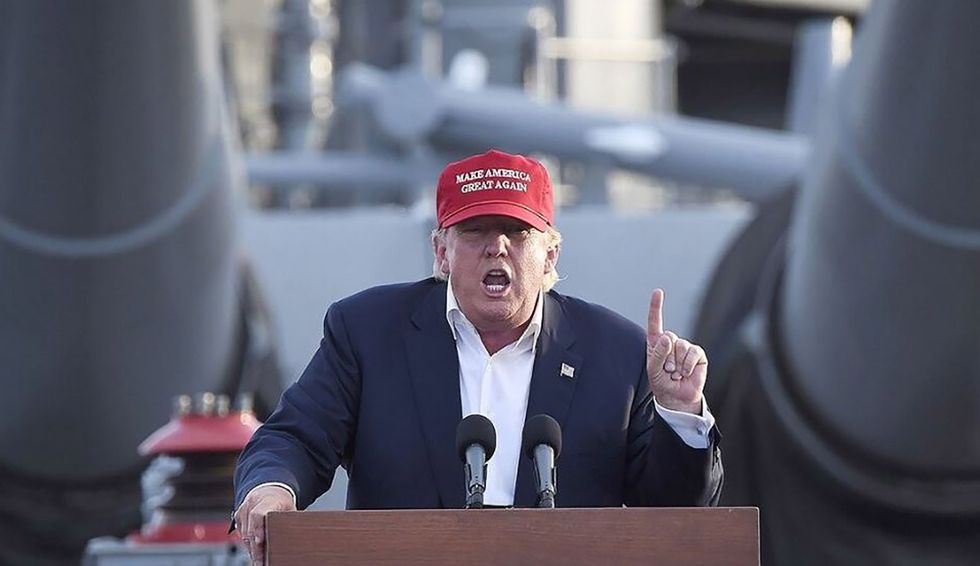 President Donald Trump told the press pool that he agrees “more must be done” on mass shootings. When it comes to protecting Americans, however, Trump has done more to protect the gun than gun-victims.

Here are three significant things Trump did that has made gun violence worse.

1. Giving guns to the mentally ill

One of the first things Trump’s chief of staff, Mick Mulvaney, did was to blame the mass shooting on “mental illness.” Trump too, has repeated the same claim. But one thing he did as president was to revoke an executive order President Barack Obama signed that mandated checks for those with mental illnesses before they buy a gun.

“The rule, which was finalized in December, added people receiving Social Security checks for mental illnesses and people deemed unfit to handle their own financial affairs to the national background check database,” NBC News reported Feb. 2017.

2. Trump stopped the DOJ from using updated language about what defines “mentally ill”

Trump also froze a Department of Justice rule that would have prevented anyone “adjudicated as a mental defective” or “committed to a mental institution” from having access to a gun. Previous phrases about mental illness were so outdated that the Department of Justice ultimately proposed the fix, but Trump stopped it from being implemented.

In 2016, the Bureau of Alcohol, Tobacco, Firearms, and Explosives (ATF) introduced a fix to a loophole in a federal law that requires gun sellers certify that “gun storage or safety devices will be available at any place in which firearms are sold.” Cabela’s Outdoor Fund even paid for the gun locks for any gun owner. Trump stopped that too.

Even when it comes to not selling guns to criminals, it seems the president is uncomfortable putting Americans over the gun.

The FBI once barred anyone who fell under the definition of “fugitive from justice” from purchasing a weapon. Under Trump’s Department of Justice, the FBI background check only blocks a person with an arrest warrant from buying a gun, but only if they fled a state trying to evade prosecution, or were the subject of an “imminent” criminal prosecution. Anyone with an arrest warrant can score an assault rifle now.

4. Trump deleted 500,000 people previously banned from getting a gun.

There were nearly 500,000 records on people in the federal background check system who were considered fugitives. They would normally be prevented from buying a gun, but the background check database deleted their records. The records being recreated at the FBI were then forced to adhere to the new definitions of “fugitive from justice.”

“The FBI has long held that anyone who remains at large and wanted for arrest should not be allowed to purchase a weapon,” Newsweek reported at the time.

Trump has said that he wanted to help improve background checks, but it seems he doesn’t want it bad enough to pay for the cost. In Feb. 2018, the White House released its budget proposal, which called for a $12 million cut to funds given to states to update their background check database. Just two days later, a gunman opened fire on the students at Marjory Stoneman Douglas High School, killing 17 people.

The gun lobby spent more than $55 million to elect Donald Trump and NRA allies in Congress in 2016, Everytown for Gun Safety reported prior to the mid-term election in 2018.