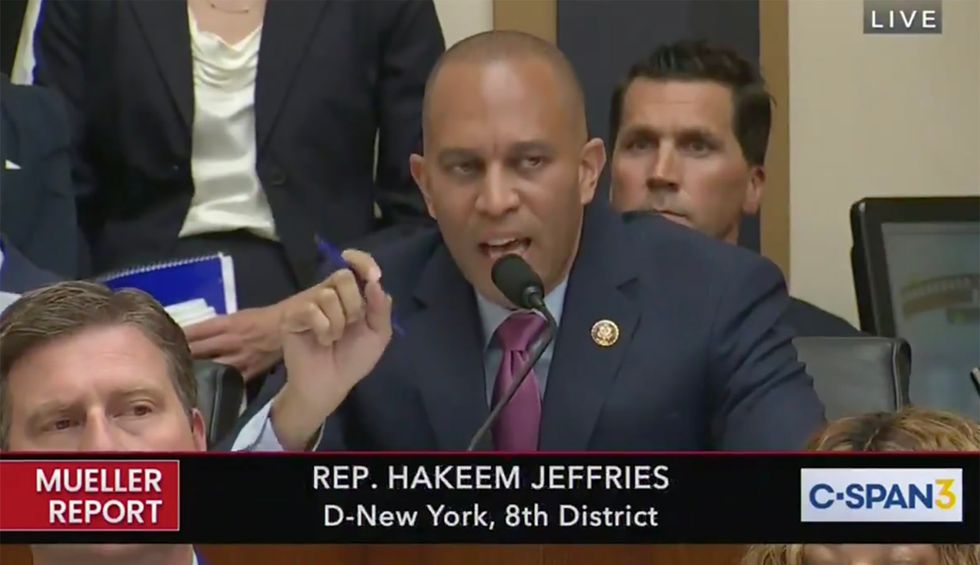 Rep. Hakeem Jeffries had a pivotal moment in the House hearing with former special counsel Robert Mueller this morning. In the clip below, Jeffries walks Robert Mueller, and the audience at home, through the three key elements necessary to prove obstruction of justice—and provided corroborating evidence from the Mueller report showing that Donald Trump met the threshold for such charges. As shown in the clip below, Jeffries walks Mueller through the three crucial elements:

1) Trump committed an obstructive act when he ordered Don McGahn to fire the special counsel.

2) The obstruction act was connected to an official proceeding.

3) The act was carried out with corrupt intent.

WATCH Rep. Jeffries take Mueller through the elements with precision.

No one is above the law. Donald Trump should face charges after leaving office. And that Office of Legal Counsel memo issued by the Department of Justice should be revised for future cases.