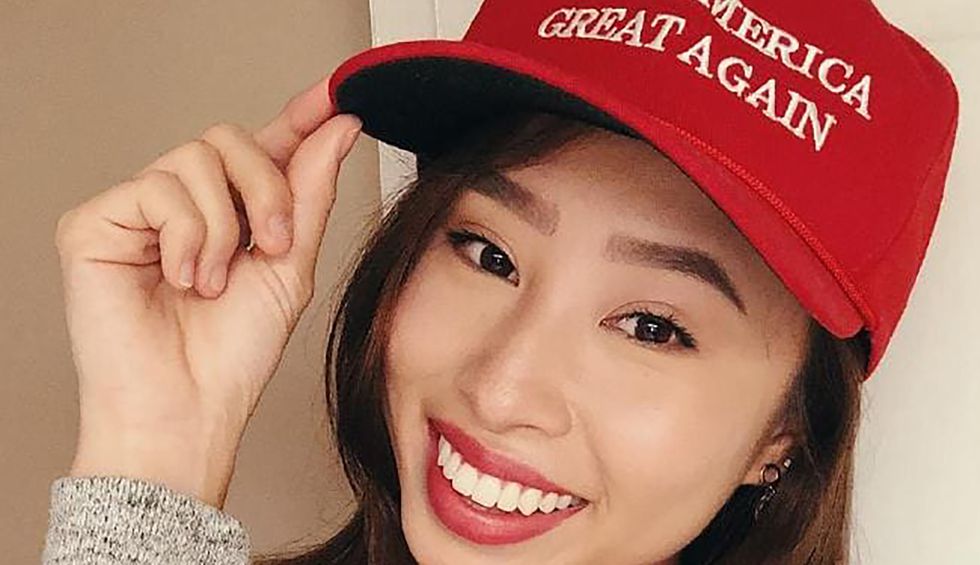 Miss World America’s Miss Michigan, an ardent Donald Trump supporter, was stripped of her crown on Thursday after tweets the organization deemed racist and Islamophobic were brought to light.

Kathy Zhu, a 20-year-old Asian-American college student, received an email from the organization’s director, Laurie DeJack, stating, “It has been brought to the attention of Miss World America (MWA) that your social media accounts contain offensive, insensitive and inappropriate content.”

In one tweet Zhu wrote, “There is a ‘try a hijab on’ booth at my college campus. So you’re telling me that it’s now just a fashion accessory and not a religious thing? Or are you just trying to get women used to being oppressed under Islam?”

And in a response to another Twitter user, Zhu wrote, “Did you know the majority of black deaths are caused by other blacks? Fix problems within your own community before blaming others.”

Zhu is vice president of the University of Michigan chapter of the College Republicans and the communications director for the Chinese Americans for Trump Movement — even though, as you’ll soon see, she can’t really communicate to save her life.

Honestly, check out her response to MWA in the tweet below. It’s the second screen grab — the one that starts with, “To whomever that is as gullible as your previous email.” (Yes, she really wrote that.)

Whoo, that was some word salad, huh? With iceberg lettuce, mealy tomatoes, and a generous sprinkling of 34-year-old survival-bunker Bac-Os.

Of course, MWA’s first clue that she was too insensitive to represent the organization should have been the red MAGA hat.

Incidentally, beauty pageants, or whatever they’re called now, are kind of stupid. So who really cares when it comes right down to it, right? That said … yay.