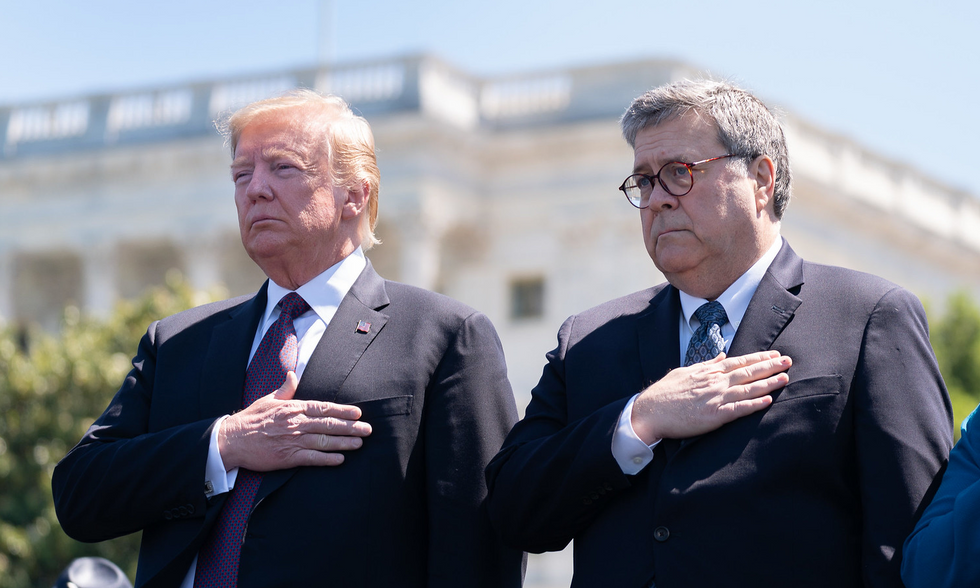 A federal judge confirmed on Wednesday that the Justice Department has ended its investigation into campaign finance crimes committed by former Trump lawyer Michael Cohen, indicating that no one else will face charges in the case. But Judge William Pauley also announced that, over the government's objections, he will be making many of the underlying documents in the case public without requested redactions.

The case stemmed from Cohen's efforts during the 2016 campaign to secure hush money payments for two women who said they had affairs with Donald Trump. Since investigators determined these payments were done in order to help secure Trump's victory, the spending counted as campaign contributions that were never recorded and were, in fact, illegally concealed. The Trump Organization, Cohen has said, helped repay him for the costs of the hush money while disguising the payment falsely as a legal retainer.

Cohen implicated Trump directly in the crime, saying the then-candidate coordinated with him and directed him to make the payments. There is even a public recording of the pair seeming to discuss one of the payments. Donald Trump Jr., too, maybe implicated in the crime because he allegedly signed some of the repayment checks to Cohen.

For these and other crimes to which he pleaded guilty, Cohen has been sentenced to three years in prison. But neither Trump nor no one else apparently involved in the scheme appears to be vulnerable to charges in the case.

As a sitting president, of course, Trump could not be charged with a crime under current Justice Department policy regardless of the evidence. Such a policy wouldn't protect the president's son or anyone else involved in his company, though.

So the public has been left with many questions about this case. Would the president have been charged with any related crimes were he not in office? Why weren't charges brought against other people who appear to have been involved? And was Attorney General Bill Barr — who was chosen by Trump to protect him in the special counsel's investigation and has shown a clear desire to exonerate the president from any wrongdoing — involvemed in the final decisions?

Additionally: Why weren't any Trump Organization officials questioned by the investigators in the Southern District of New York, if a recent CNN report is correct?

We may yet get some answers to these questions. Judge Pauley issued an order Wednesday noting that the government has confirmed that the investigation is no longer ongoing, but it asked that some of the underlying materials related to Cohen's case remain sealed "to protect third-party privacy interests."

"[The] weighty public ramifications of the conduct described in the campaign finance portions warrant disclosure," he wrote. "Moreover, the involvement of most of the relevant third-party actors is now public knowledge, undercutting the need for continued secrecy. ... On balance, the 'strong presumption of public access' to search warrants and search warrant materials under the common law far outweighs the weakened privacy interests at play here."

He also argued that the matter is "of national importance" and that "it is time that every American has an opportunity to scrutinize the Materials."

The materials will be unsealed on Thursday morning, he ruled. He allowed that there may be a few limited redactions.

Meanwhile, Trump's lawyers are in a celebratory mood.

He also suggested that he is not aware of any other federal case in which Trump is a subject. However, reports suggest that an investigation of the president's inaugural committee remain ongoing.