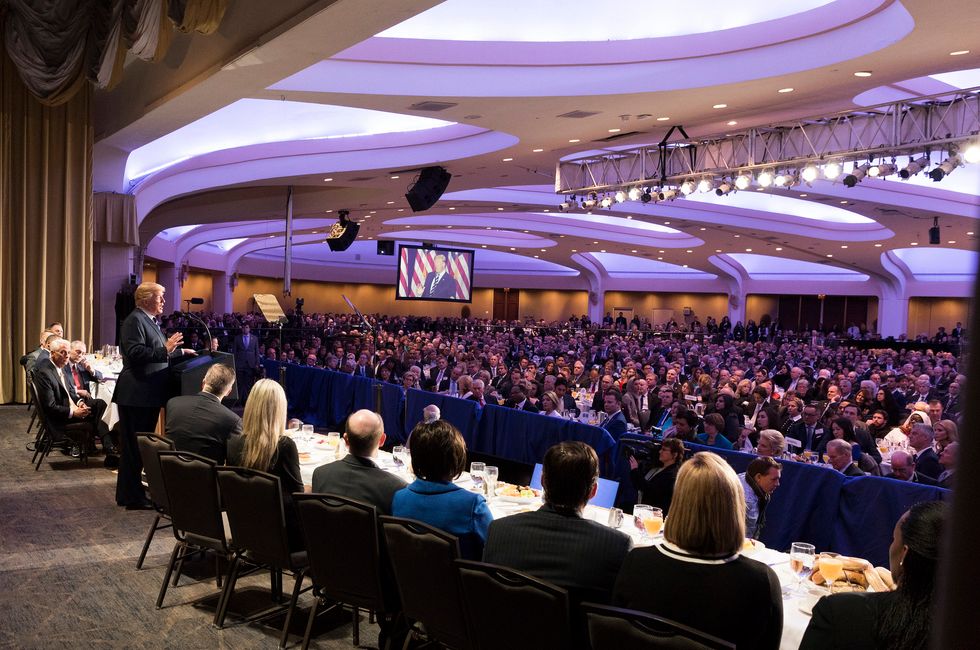 The battle now raging in several American states over women’s reproductive rights is a direct result of the Christian right’s efforts to impose its religious values on the family and in politics.

The polarization around abortion in the United States is at such a level that some of the leaders of these conservative religious groups are promoting the idea of an impending second American Civil War.

We should not assume that the debates generated by the Christian right in the United States will not have any impact in Canada. Indeed, the recent release of the film Unplanned shows that this politico-religious coalition seeks to change attitudes in Canada too.

That’s why it’s so important to be vigilant about the fight being waged by some anti-abortion lobby groups in this country. The Campaign Life Coalition, with its 200,000 members, and RightNow are tirelessly working to elect candidates who oppose abortion. They successfully supported the recently elected candidates of provincial Conservative parties in Ontario and Alberta.

These lobbies frame the abortion debate as a human rights issue. Like Sam Oosterhoff, a 21-year-old member of the Ontario legislature for Niagara West in Premier Doug Ford’s Conservative government, many want to make the very idea of having an abortion unthinkable in Canada in the next 30 years or so.

While criminalizing abortion in Canada could be a challenge, it is nevertheless possible for a provincial government to eliminate funding for institutions that offer women the choice to terminate unwanted pregnancies.

The Christian right had an impact on the 2016 U.S. election, securing Donald Trump’s presidency.

Indeed, part of Trump’s success stemmed from the fact that 81 per cent of white evangelicals voted for him.According to Pew Research, Trump still receives his highest support from white Christians heading into the 2020 election, with 69 per cent of evangelicals poised to endorse him along with white Protestants at 48 per cent and white Catholics at 44 per cent.

Comparatively, Trump only garners the support of 12 per cent of black Protestants and 26 per cent of non-white Catholics, according to the Pew poll.

The U.S. president’s racist comments on Twitter recently have likely further contributed to the polarization of the religious electorate in the United States. But even if some evangelical leaders condemned the tone of Trump’s tweets, some have nonetheless denied the racist nature of his comments.

“In the same way, when it comes to the economy, if it’s Trump vs. a socialist, he has my vote. The same when it comes to religious liberties. Or standing with Israel. Or pushing back against radical LGBT activism. Trump gets my vote, and the liberal media won’t shame me out of it.”

What exactly is the Christian right?

It is a religious coalition with political aims that is mainly comprised of evangelicals and conservative Catholics and Protestants. It also sometimes attracts the support of politically conservative Mormons and Jewish groups.

The coalition unites around common causes such as anti-abortion activism, opposition to the rights of LGBTQ people and sex education classes. They also speak out in favour of the promotion of prayer in schools and the teaching of creationism (or intelligent design), the fight against euthanasia and the safeguarding of what they call religious freedom.

The agenda of the Christian right can be summed up essentially as promoting the idea of a Christian nationalism in which the establishment of Judeo-Christian “values” is the foundation of the country’s law.

To achieve its objectives, the Christian right has adopted what is called a “dominionist” strategy, where Christians are called to exercise power and dominate the world, according to their interpretation of a passage from the book of Genesis (1:26-28).

This idea is framed in terms of “social transformation” and presented as the Seven Mountains Mandate (also referred to as the seven moulders or spheres of culture).

According to their plan, a social “change of attitude” can be effected by influencing the seven “spheres” or “mountains” of culture: religion, education, economics, politics, arts and entertainment, media and the family.

But why the need for “social transformation?” The end goal is “dominion,” the establishment of God’s Kingdom on Earth. It is the fulfilment of Jesus’ prayer: “Your kingdom come, your will be done on Earth as it is in heaven.” (Matthew 6:10)

For many Christian leaders who embrace dominionist ideas, social transformation will not be achieved through massive religious conversions. In fact, one key proponent of the Seven Mountains Mandate believes that:

“The business of shifting culture or transforming nations does not require a majority of conversions… We need more disciples in the right places, the high places. Minorities of people can shape the agenda, if properly aligned and deployed… The world is a matrix of overlapping systems or spheres of influence. We are called to go into the entire matrix and invade every system with an influence that liberates that system’s fullest potential… The battle in each sphere is over the ideas that dominate that sphere and between the individuals who have the most power to advance those ideas.”

This all requires the mobilization of people belonging to groups rallied to the goals of the Christian right. For example, charismatic dominionist groups succeed in such mobilization by forming what they call “apostles in the workplace” — people who aim to penetrate the seven spheres of culture in order to effect the desired change.

As we approach the federal election in Canada, groups associated with the Christian right are also seeking to gradually insert themselves into the various “spheres of culture” and influence the political agenda.

Some Canadian evangelicals have formed coalitions aligned to Christian right ideas. One recent initiative is the West Coast Christian Accord, a group of evangelical leaders seeking to mobilize Christians across Canada to vote for candidates they believe will safeguard their religious values in the upcoming federal election.

Clearly, the current political climate influenced by white evangelicals in the United States has also emboldened similar religious groups ahead of the Canadian election.

Such groups will likely give their support to Conservative Leader Andrew Scheer, the candidate who best represents their own socio-conservative values.

Even if Scheer says he has no plans to reopen the abortion debate in Canada, is he speaking the truth? We may have the answer in the near future.

[ Deep knowledge, daily.Sign up for The Conversation’s newsletter. ]

André Gagné, Associate Professor, Department of Theological Studies; Full Member of the Centre for the Study of Learning and Performance, Concordia University