Uber is upset that its underpaid drivers are gaming the app 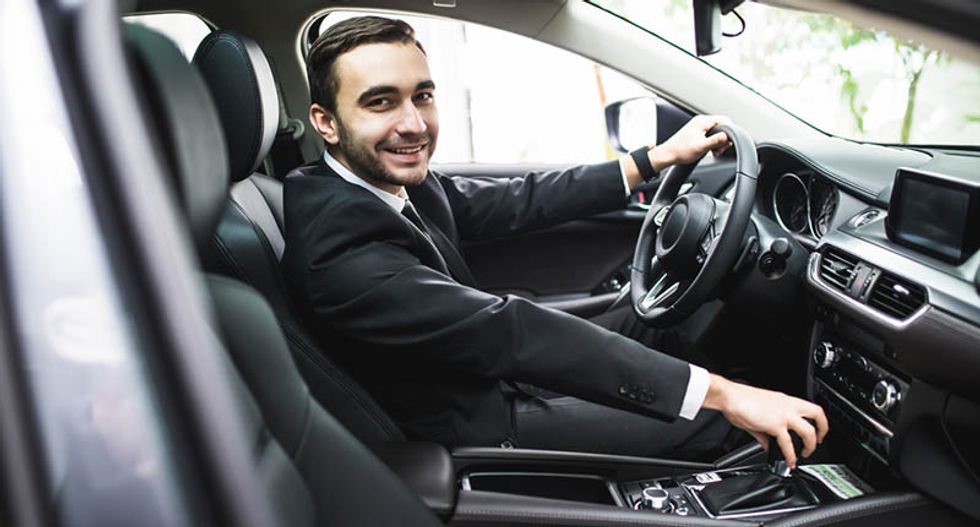 News station ABC7 in Arlington, Virginia, published a special report in May on how local Uber drivers were manipulating the Uber app while in the vicinity of Reagan National Airport, in order to artificially create "surge pricing" events — in which the rate for a rideshare spontaneously rises due to a lack of supply of drivers. Now, a second report published this week claims that more drivers from all across the country have come forward to share similar stories of organized rideshare price manipulation.

The reports explain that drivers manipulate the fares by turning off their rideshare apps at the same time — a collective effort that decreases supply when demand at the airport is high. When the apps are turned back on, the drivers all get a price surge on rideshare apps like Uber and Lyft. Drivers say they can time this correctly by knowing when flights are arriving, according to the reports.

ABC7 says that drivers they spoke to publicly revealed the technique for the first time; according to the new report, other drivers around the country are upset the secret is out. In an Uber driver thread on Reddit, commenters say “Surge Club” is like “Fight Club,” meaning that the first rule is that you don’t talk about it.

Uber sent ABC7 a statement saying they “have taken steps to address fraudulent behavior ... engaging in this behavior may result in removal." The company said it can also be difficult to decipher what is a natural spike in prices, and a manipulated one.

There is, of course, an irony in Uber's words: typically, the company and its opaque algorithms control how much drivers get paid and how frequently a surge will occur, and the company can manipulate its own rules as much as it wants — yet it gets mad when drivers, the company's backbone, attempt to do the same on their own terms through a solidarity action.

Some experts tell Salon such an idea is not that surprising, considering how little drivers make.

“Although hard to prove that drivers are intentionally manipulating the app to enjoy price surges, it is not surprising that they would,” Maria Figueroa, Director of Labor and Policy Research at The Worker Institute at Cornell’s ILR School, told Salon via email. “Based on findings from our research on platform drivers in New York, app rates are not high enough for drivers to make adequate earnings after covering all their expenses.”

Figueroa said lack of transparency is one of the biggest complaints from drivers, who sometimes argue that the companies Uber and Lyft can manipulate the platform to lower driver pay.

Moira Muntz, a spokeswoman for The Independent Drivers Guild, tells Salon the bigger picture is that drivers aren’t paid enough.

“Drivers across the country are struggling with pay that is often well below minimum wage while the app companies charge as much as they want and pocket the difference,” Muntz said. “App-based drivers in Washington DC make as little as $5 per hour, far less than the minimum wage.”

“They are extracting that hard-earned money out of our communities to benefit wealthy investors,” Muntz said. “Drivers and riders need to organize together to win legislation to make this industry fair for everyone by requiring fair pay for drivers and capping the app commissions charged to riders.”