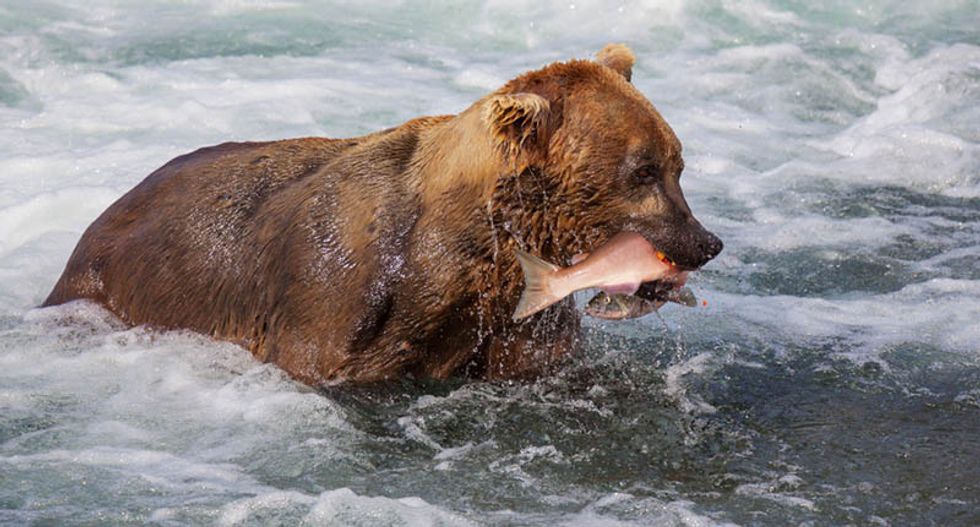 A video featuring a father and son slaughtering a mother black bear and then her two screaming newborn cubs in their den has ricocheted around the world, drawing obvious comparisons to the killing of Cecil, the African lion, by a Minnesota dentist several years ago.

Sadly, the shocking brutality the two men displayed for the world to see could soon be sanctioned by this administration. The Department of the Interior proposes to make legal these and other venal trophy-hunting practices on more federal public lands in Alaska. In 2017, Congress and the president overturned a 2016 rule governing 76 million acres of National Wildlife Refuge System lands, and effectively prohibited the trophy hunting of hibernating black bears.

This administration has shown a penchant for supplicating itself to trophy hunters and trappers. At a time when most Americans regard trophy hunting with revulsion, the Trump administration plans to overturn two federal rules prohibiting the most deplorable trophy hunting and trapping practices ever carried out on federal lands in Alaska.

In 2015, the National Park Service forbade such execrable trophy-hunting methods as the slaughter of hibernating black bear mothers and their cubs in their dens (with the aid of artificial light), using smelly bait to attract and kill unsuspecting grizzly bears, slaughtering entire wolf and coyote families at den sites and shooting defenseless swimming caribou.

Also at risk is a 2016 rule concerning the Kenai National Wildlife Refuge that prohibited the hunting of brown bears over bait and the discharge of weapons within one-quarter mile of heavily used recreational areas, including campgrounds, trailheads and rivers. This rule also prohibited trophy hunting and trapping in high-use public zones in the Kenai refuge.

Another element of the mess at issue is that the Alaska Department of Fish and Game works under the auspices of Intensive Management, a paradigm that privileges hunting interests over wildlife conservation. Intensive Management permits the wholesale slaughter of wolves and bears in the mistaken belief that killing lots of these native carnivores will increase game herds for humans. That approach has utterly failed, however, most importantly because the Arctic’s fragile ecosystems cannot support unlimited numbers of herbivores. The result is a management strategy that has decimated Alaska’s native carnivore communities and encouraged an increase in the animal species most likely to cause harm to the landscape and environment.

When will it all end? Trophy hunters and trappers have killed wolves in Denali National Park and Preserve and along its boundaries in such numbers that tourists have all but lost their chance to witness wolves, including the famous and storied East Fork (Toklat) Pack, studied and admired since the 1930s.

The same is true for grizzly bears. Because of Intensive Management, Alaska’s great bears are now in great jeopardy. The state’s sanction of extreme hunting practices threatens to shrink native carnivore populations, to the dismay of biologists who study these majestic animals and to the great loss of all Americans who care about them. Such trophy hunting and predator-control practices should not be allowed on federal lands anywhere, and especially not in our national preserves and refuges in Alaska.

As of the previous census, wildlife-watching is a $2 billion-a-year industry in Alaska that contributes far more to local economies than trophy hunting and trapping ever could. Alaska’s wildlife-watching tourism outperforms the funds generated in the state from all hunting activities (and the extreme methods at issue here account for only a tiny fraction of that amount).

Wolves, black bears and grizzly bears represent an extraordinary lure for tourists, and they will continue to compel the interest of all Americans for decades. If their populations are hindered on these public lands, local economies could falter. But more importantly, we will all suffer the loss that their death and disappearance from our wild spaces entails.

Our national parks, preserves and wildlife refuges were founded “to conserve species and habitats in their natural diversity … for the benefit of present and future generations.” Overturning these rules and catering to trophy hunters moves us backward. That’s the wrong direction, and we shouldn’t let it happen.

Sign a petition urging Secretary of the Interior David Bernhardt to oppose the rule that would overturn the 2015 National Park Service rule currently protecting iconic wildlife from trophy hunters and trappers on federal U.S. lands.

Kitty Block is the president and CEO of the Humane Society of the United States (HSUS) and Humane Society International. For more than 60 years, the HSUS has celebrated the protection of all animals and confronted all forms of cruelty. The HSUS and its affiliates are the nation’s largest provider of hands-on services for animals, caring for more than 100,000 animals each year, and preventing cruelty to millions more through advocacy campaigns. More at HumaneSociety.org and at Kitty’s blog.