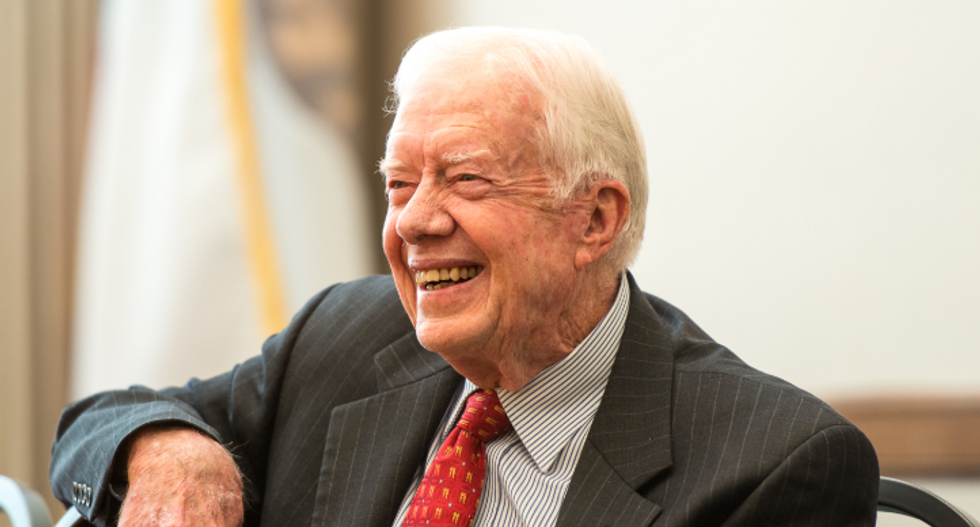 The Washington Post is just one of several sources rushing to claim that President Jimmy Carter crossed a dangerous line in saying that Donald Trump’s election was “illegitimate.” Almost unbelievably at this point, the article argues that “labeling Trump an illegitimate president is the kind of thing that can destabilize the country—which, as it happens, is precisely what Vladimir Putin and Russia aimed to do with their 2016 interference.” And that gem comes after the admission that Carter is almost certainly right, that the level of interference in the 2016 election was more than sufficient to account for Trump’s slim margin of victory in a handful of states.

That’s a take that is … what is that technical term again? Ah. Profoundly stupid.

It’s not calling out illegitimacy that destabilizes a system. It’s the f’ing illegitimacy. In the terms of the Post article, it’s not steroids that are endangering sporting events, it’s that pesky testing for steroids that’s “destabilizing.” The idea that if you’d just let everyone carry on under the delusion that things are still running fairly, then things would be ever so much better than if you informed people that someone was ripping up the rules … has to be the face-palmiest attitude in a symphony of face palms.

Jimmy Carter—a man who has literally devoted his life to public service, a man who most selfish act may have involved putting some extra sugar on his grits—is not only right, the Post admits he is right. And what makes their argument beyond idiocy is that Putin already scored his victory. He scored it when Trump was elected. He scores it again every day Trump puts children in cages, compliments Nazis, or grins at his good pal Vlad.

And every single person, The Washington Post included, who calls for sitting down and swallowing what Putin gave us, is aiding and abetting that victory.

It’s not that it took Russia’s interference to put Trump over the top. It’s not that it took James Comey’s profound sense of his ability to substitute his own judgement for the law. It’s not that it involved a press corps determinedly focused on the most picayune matters about Clinton while ignoring Trump’s decades of literal theft and abuse. It took all those things. Trump’s margin of victory was so narrow that had any of them been left from the equation, he’d be doing his daily rallies from the Trump jet rather than Air Force One. And you better believe that at every single one of them, he’d be declaring Hillary Clinton an illegitimate president.

Jimmy Carter is America’s referee, and he’s calling a foul. The only people who should be upset about that are the ones who were gaming the system in the first place.