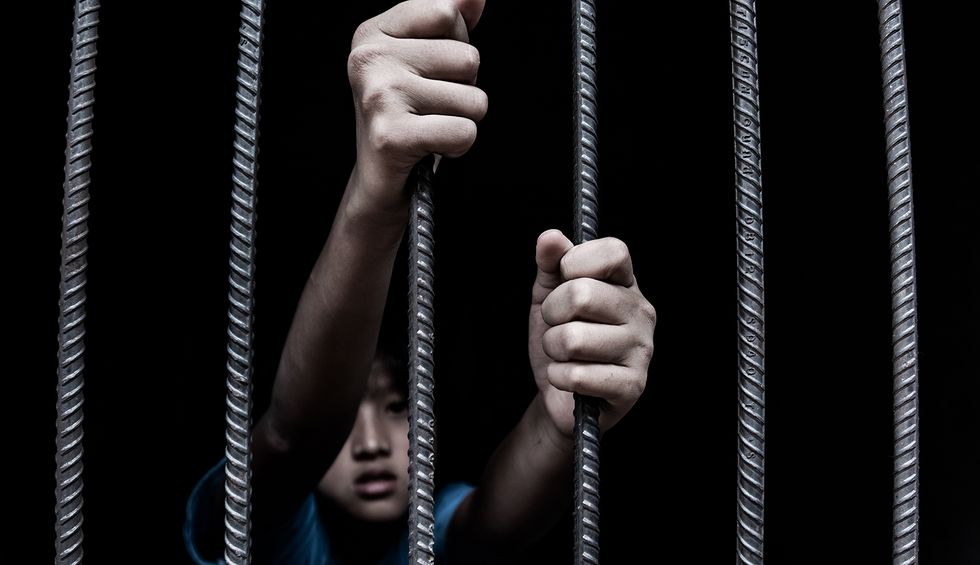 A new report from NBC News has detailed the enormous cost of housing the children and families being detained at the border. Are you sitting down? Because a for-profit, private company is billing the U.S. Department of Health and Human Services a whopping $775 per child, per day to hold them in one of the “tent cities” on the Trump administration’s orders.

Professor W. Warren Binford, a law professor who is an “internationally recognized children's rights scholar and advocate” and founder of the Willamette's Child and Family Advocacy Clinic, visited a Border Patrol detention facility in Clint, Texas, and she told PBS and several other media outlets about the squalid conditions these children are living in—sleeping on concrete floors, children taking care of toddlers, flu outbreak, diapers being reused or no diapers at all. Separated from their loved ones at the border as they turned themselves in to seek asylum and legal entry into the United States. This is a crisis entirely manufactured by the Trump administration as Professor Binford notes that nearly every child she interviewed had a family member in the United States willing to take them in and care for them.

Almost none of the children that we interviewed had come across the border themselves alone.

Essentially, they came across the border with family. And they are trying to be reunited with family who are living in the United States. Almost every child that I interviewed had family, parents, uncles, aunts, grandparents, siblings here in the United States who are waiting for them and are ready to care for them.

Instead they are being held in these facilities for an endless amount of time. How in the world is this fiscally responsible? Republicans are laser-focused on “responsible spending” and we can’t give health care to low-income residents because we must prove how we will pay for every penny in advance. But shelling out $775 per child, per day? They don’t bat an eye. To show you how utterly ridiculous this spending truly is, especially when these children could be released to waiting relatives desperate to see these kids again, I checked into rates at Trump’s D.C. hotel. On the random dates I checked (September 4-6, 2019), the room rate was $395. Throw in a breakfast package and we are looking at $415. These children could be staying in luxury hotels, ordering room service and we’d still be paying half the daily fee. THINK ABOUT THAT! And yet, we are told there isn’t even a budget for these children to have toothpaste, soap, mattresses, bed linens, or diapers. We are paying $775 per day, per child, to hold them in abusive, neglectful situations.

If you are asking yourself why the U.S. government is doing this, well, let’s follow the money.

The ACLU has a brief, but informative, video below about the GEO Group in particular, which makes $1.6 billion per year from government contracts. It is not coincidence whatsoever that private prison companies like GEO Group donate heavily to Republicans and Donald Trump. Their investment is paying off nicely for them at the expense of children dying and living in squalid conditions.

Here are some data points and graphics from OpenSecrets.org that tell the story.

Here’s a stunning graph showing the contribution trends of these for-profit companies and their record of donating to politicians. As you can see, they opened the taps to Republicans over the last three years and boy is it ever paying off for them!

We are paying Donald Trump and Republican party donors billions in U.S. taxpayer dollars to abuse these children and families, even though their own families are waiting for them. They have no interest whatsoever in processing these asylum claims in a timely manner. In fact, they’ve made it harder to process claims, allocating fewer resources. So, immigrants pile up at the border, Donald Trump gets to keep feeding red meat to his racist followers with a crisis of his own making, Fox News gets to keep their ratings up with a new “immigration scare,” Republicans cash those private prison checks and see their base motivated to come to the polls. It’s a win-win for Republicans, but a loss for humanity.