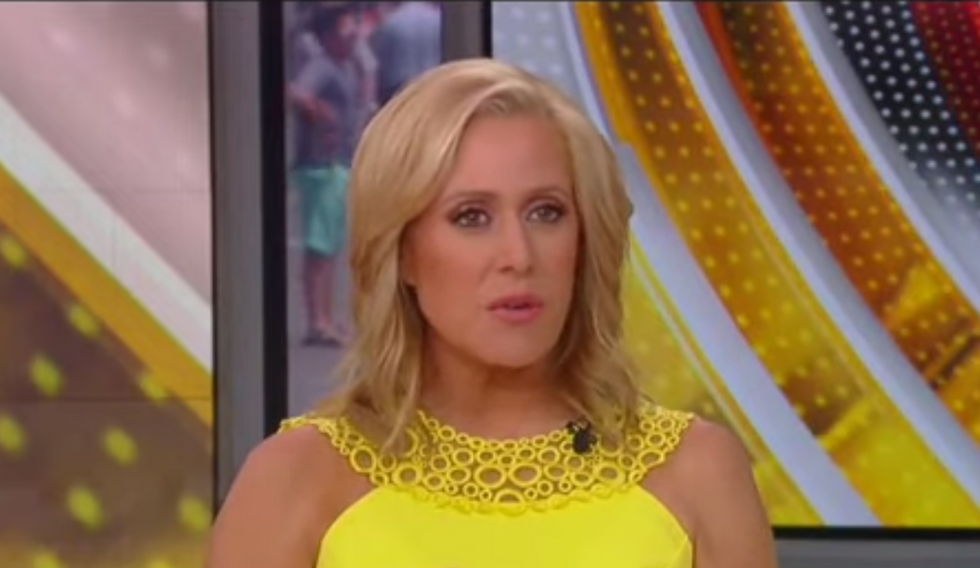 Fox News host Melissa Francis on Friday quickly moved to change the subject after guest Jessica Tarlov laid out in detail why President Donald Trump may be a criminal.

During the opening segment of “Outnumbered,” Tarlov quickly fact-checked fellow panelist Julie Banderas after she falsely claimed that special counsel Robert Mueller had exonerated Trump of any criminal charges.

“Mueller came out with this letter and he said charging the president with a crime is not an option we would consider,” she said. “He also said he had confidence the president clearly did not commit a crime.”

In fact, Mueller actually said that he could not say with confidence that the president had not committed a crime, while also emphasizing that he was never going to break with Department of Justice guidelines that bar the indictment of a sitting president.

Tarlov at this point jumped in to correct Banderas.

“Bob Mueller said that if he did have confidence that [Trump] didn’t commit a crime, he would have said that,” she said.

Banderas then tried to argue that Mueller specifically said he didn’t have enough evidence to prove a crime — and Tarlov once again corrected her by pointing out that Mueller only said he could not establish that there was a criminal conspiracy between the Trump campaign and Russian officials, even as he laid out copious evidence that the president obstructed justice.

“Well, he did come out and say you can’t indict a sitting president!” Banderas countered.

“Those are the [Office of Legal Counsel] framework guidelines,” Tarlov retorted.

“I don’t want to go down this road!” Francis then interjected. “I want us to stay in the realm of this fight between [Trump and House Speaker Nancy Pelosi].”