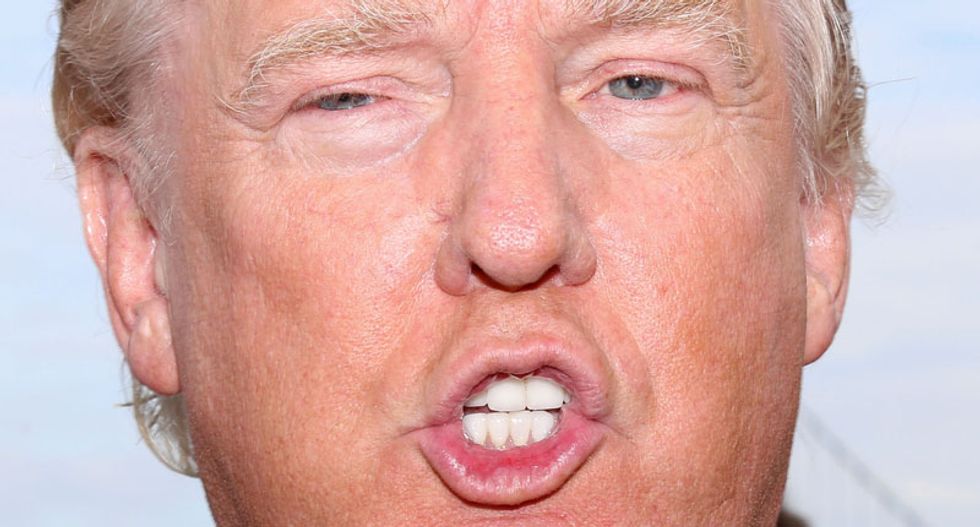 Many members of the 2018 World Series champion Boston Red Sox are slated to visit the White House on Thursday — but it looks like President Donald Trump’s publicity team didn’t bother to look up how the franchise’s name is spelled.

The Boston Globe reports that the Trump White House initially touted the president welcoming “The Boston Red Socks” to the White House on both its upcoming live events website and its official YouTube channel for live-streaming events.

Both mistakes have since been corrected, however, and now promote the correct spelling of the Red Sox franchise.

Many black and Latino members of the Red Sox — including manager Alex Cora and star players such as Mookie Betts and David Price — will be pointedly absent from Thursday’s White House event.

Red Sox pitcher Hector Velazquez, who was born in Mexico, told MassLive.com that he refused to attend the event because of Trump’s past disparaging comments about his home country.

“I made the choice not to go because, as we know, the president has said a lot of stuff about Mexico,” he explained last month. “And I have a lot of people in Mexico that are fans of me, that follow me. And I’m from there. So I would rather not offend anyone over there.”

The Trump White House was quickly ridiculed on Twitter for its latest blunder — check out some of the reactions below.

@wbz @RedSox @realDonaldTrump Is there anyone with half a brain in that administration?
— Karen Charron (@Karen Charron) 1557402684