Remembering Jackie Kennedy for more than her sense of fashion 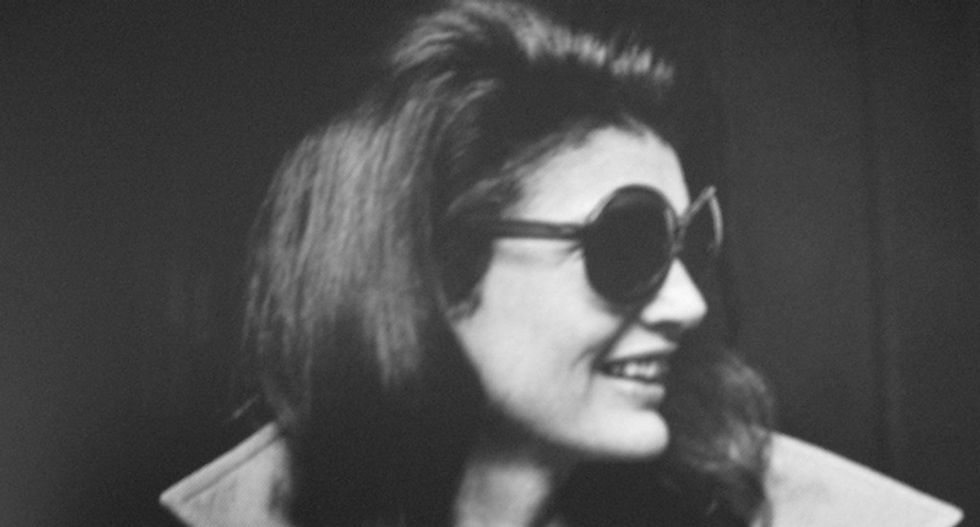 It’s been 25 years since the death of Jacqueline Kennedy Onassis. When we remember the former first lady, specific images often come to mind: the fashionable young woman in the pillbox hat sitting atop her bouffant hairdo at her husband’s inauguration, the first lady in her beautiful gowns hosting world leaders and artists, the shocked wife in the pink suit covered in her husband’s blood, the grieving widow in the black veil holding the hands of her two young children, or the New York socialite and book editor in her Hermès scarves and signature large black glasses trying to hide her famous face. It’s like she’s frozen in time, preserved in still photographs that focus on her beauty, grace, strength, and perseverance.

But there was so much more to Jackie than a pretty face and fashion sense. She was a reluctant yet supportive political spouse who helped her husband charm foreign dignitaries. She was a history and art aficionado who turned the White House into a living museum. She was a loving mother to her children and ultimately became a role model for American women.

But she didn’t stop there. Jackie also helped shape the first lady institution. She was the first presidential wife to have an official press secretary charged with handling the media’s insatiable appetite for news about her and her children. She was one of the first to focus her advocacy on a specific area – supporting the arts – which she did by inviting famous performers to the White House and through her oversight of the White House restoration. That legacy lives on at the Kennedy Center for the Performing Arts.

Her sophisticated fashion sense set a high bar for future first ladies. Some, like Michelle Obama and Melania Trump, have even emulated her style in their own fashion choices. She also provided a model for future first ladies on how to protect their children from the glaring media spotlight. First ladies including Rosalynn Carter, Hillary Clinton, Laura Bush, and Michelle Obama all followed Jackie’s example as they tried to give their children a somewhat “normal” life in the White House.

And most notably, she was the architect who meticulously crafted President John F. Kennedy’s lasting legacy.

Just one week after her husband’s assassination, and only days after his funeral, she arranged an interview with Life magazine reporter Theodore White, with a goal of preserving her husband’s memory. During the interview, Jackie recalled that JFK often played the title song to the popular Broadway musical Camelot just before going to bed, noting that his favorite line was, “Don’t let it be forgot, that once there was a spot, for one brief, shining moment that was Camelot.” She went on to say, “There will be great presidents again…. But there will never be another Camelot again.”

Since then, the Camelot myth has been inextricably linked with the Kennedys. They are remembered as American royalty who led the country with youthful optimism and a noble purpose during uncertain times. For better or for worse, Jackie cemented JFK’s image as the apex of American liberalism when she fought White’s editors to keep the Camelot reference in his article. Although this interview was one of the only times that she spoke on record about the events surrounding her husband’s death, it forever shaped the way she and her husband are remembered.

Jackie was a reluctant celebrity. Shortly after her husband’s assassination, she told a reporter that she was going to “crawl into the deepest retirement there is.” For the most part, she tried to stay out of the public eye and avoid the media. She even attempted to keep her 1968 marriage to Greek tycoon Aristotle Onassis private in spite of the media frenzy surrounding the couple. One of the few exceptions was utilizing her celebrity status in the mid-1970s to save New York’s Grand Central Station from demolition, leading the fundraising efforts to restore the historic landmark.

She remained the target of the tabloids and paparazzi throughout her life. And the public is still fascinated with her. She ranks as one of the most popular and well-remembered first ladies according to a 2018 YouGov poll. Thanks to movies like 2016’s Jackie and the countless books written about her, we know a bit more about the woman behind the image. But, even 25 years after her death, there is still so much we don’t know about this very private woman. And that’s probably the way she would like it.