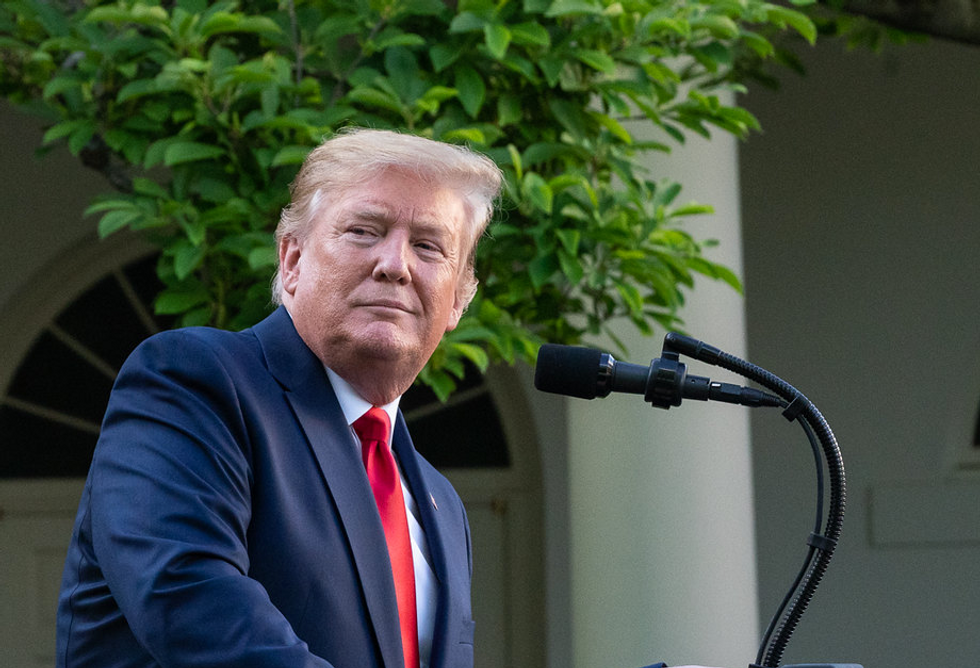 To hear it from the White House or Republicans, President Donald Trump is a juggernaut going into the 2020 election riding the wave of a strong economy.

But this stance is belied by Trump's consistently weak approval numbers, which hover between a low of 37 percent to a high of 42 percent in the FiveThirty Eight average. That's why it shouldn't be too surprising that, in a new poll from Quinnipiac University for the key swing state of Pennsylvania, Trump is shown to be polling significantly behind the two leaders in the Democratic presidential primary:

But the match-ups with Trump and Sanders and Trump and Biden are likely the most revealing. At this point, the former vice president and the second-place finisher in the 2016 Democratic primary are the only people in the field with name recognition to match the president, and both of them decisively beat him in Pennsylvania. Even Sens. Harris and Warren, who have national platforms, are likely still unknown to much of the country; we can presume that many people who haven't heard of them would pick the president — a known quantity — over someone new.

The results are also revealing because of where Biden and Sanders fall on the ideological spectrum of the Democratic Party — essentially, at either end. This suggests that the ideology of the candidate Democrats end up nominating may not be that significant a factor in their final performance against Trump where it counts (though the difference between Sanders and Biden might indicate that the former vice president's more moderate stances provide him an edge).

Regardless, the numbers really should spook the president and his party. Pennsylvania was a vital state for him to win in 2016, and its trends are likely to mirror similar patterns in states like Michigan and Wisconsin. He may yet rebound and claim victory in 2020, with the benefits of the electoral college and incumbency, not to mention a right-wing media empire that will be dedicated to smearing his opponent, on his side.

But even as perceptions of a strong economy are presently seen as supporting his re-election, he can't break 45 percent in an average of national approval polls. If it's helping him, it's helping him avoid even lower, more dismal poll numbers. And it doesn't seem to be helping much in a key swing state, either.

"More than half of Pennsylvania voters say they are better off financially than they were in 2016," said Quinnipiac University polling analystMary Snow. "But the economy isn't giving President Donald Trump an edge in an early read of the very key Keystone State."

There's another headwind facing the GOP, and it's a direct effect of Trump's 2016 win. The president and his followers have convinced themselves that polling is often a hoax (unless it shows they're winning), which will make them less likely to heed these warnings. And because Trump won the 2016 GOP primary with his anti-immigrant message, and then won the general election, the president is clearly convinced that focusing on this issue can secure his victory.

But polling suggests that Trump won against Hillary Clinton despite his message on immigration, not because of it. And when Trump was nervous about the 2018 midterms, he went all in on an anti-immigration message, spreading fearmongering lies about Central American migrant caravans. His party was nevertheless wiped out by a blue wave in the House of Representatives, and it was preserved control of the Senate only because of a favorable electoral map. It's unlikely Trump learned anything from this massive defeat, which makes it all the more likely that in 2020, he'll embrace a losing message in his effort to retain control of the White House.