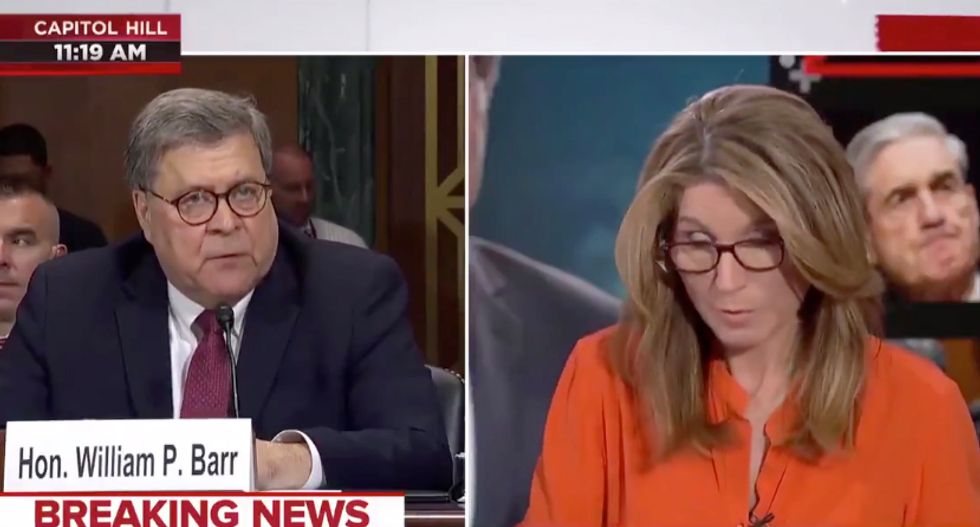 Attorney General Bill Barr’s testimony before the Senate Judiciary Committee is still underway, but he is already causing a great deal of controversy after seemingly lying to the committee under oath. His testimony has been so filled with inaccurate statements and misrepresentations about the Mueller report and the conclusions of the investigation, particularly around the question of obstruction of justice by Donald Trump, that MSNBC anchor Nicolle Wallace interrupted the live broadcast to note specific lies from Barr in the first hour of testimony.

As you can see in the clip above, it was Senator Lindsey Graham’s lie that prompted the network hosts to jump into the live testimony. Good for them for not letting those lies simmer in the public mind without being challenged.

This was really an incredible moment.

Barr’s argument that Trump’s efforts to fire Robert Mueller didn’t amount to obstruction of justice because Trump was merely trying to “remove,” not fire, Mueller would be laughable if it wasn’t such an outrageous twisting of the facts, and of the law itself, right before our very eyes. They are basically trying to rebrand Trump’s efforts to fire Mueller into some sort of nonimpeachable offense.

Bill Barr and Donald Trump are absolutely daring Congress to take action, to be the check the Founders intended on gross abuse of power. Will it rise to the moment? Judging by the Republican reaction to Bill Barr, Lindsey Graham and the Republican members of the committee intend to sit on their hands and allow this out-of-control administration to do whatever it wants, laws be damned. Because their absolute power is more important than the very foundation of law.