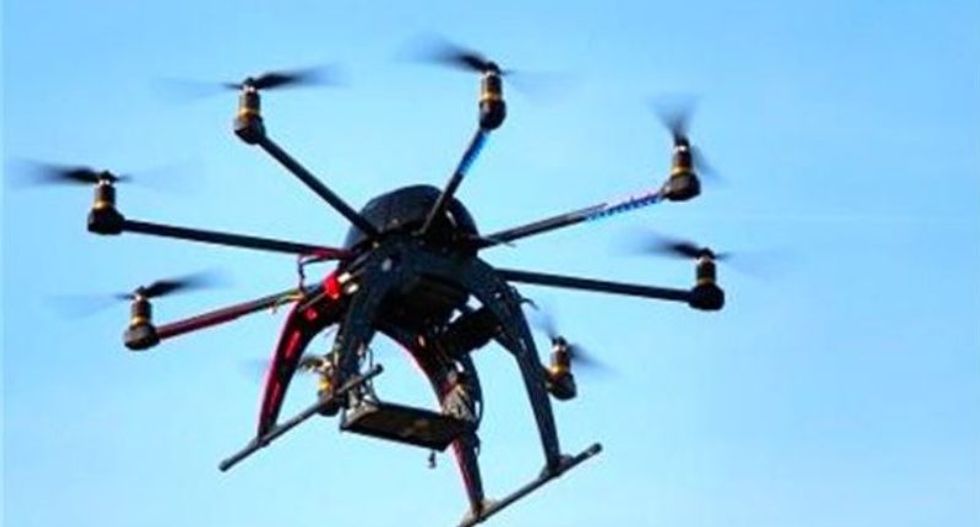 A sister company of Google, Alphabet’s Wing Aviation, just got federal approval to start using drones for commercial delivery. Amazon’s own drone-delivery program is ready to launch as well. As drones take flight, the world is about to get a lot louder – as if neighborhoods were filled with leaf blowers, lawn mowers and chainsaws.

Are you ready for this?

Small recreational drones are fairly loud. Serious commercial drones are much louder. They have eight or more propellers (Alphabet’s Wing has 14; Amazon’s Octocopter has eight spinning at thousands of revolutions per minute, physically beating the air to generate lift and movement. The heavier the load, the harder they have to work, the more air gets beaten – and the louder the sound.

Drones also make higher pitched buzzing sounds than helicopters, which have much lower frequencies because their larger rotors don’t need to spin as fast to generate the necessary power. Now imagine tens or even hundreds of drones buzzing around your neighborhood, delivering packages to homes and businesses. Next, imagine the round-the-clock hives of aerial activity that warehouses and distribution centers will become, in addition to their existing burden on local roads; Amazon recently ordered 20,000 new vans.

As an acoustic ecologist, I monitor the sound of our environment and how it changes. I am concerned that drones are taking to the air without a lot of thought for the ears of people on the ground.

Will there be a weight limit on delivery-drone payloads? Who will monitor the sound levels, and how? Should there be a curfew on hours of operation? There must be a reason companies don’t include the sound of the drone in advertising materials – and it’s probably not because they sound so nice.

In this ad, the drone seems silent.

Urban designers are often concerned about sound levels in neighborhoods. Wealthier suburbs, for instance, are always farther from big noise sources like airports and highways. Existing noise-control laws are basically useless at protecting people’s well-being, general health or mental health. Some wealthy neighborhoods even consider planting trees not just for the added greenery but because the soft foliage absorbs sound, making these communities even quieter and more peaceful.

Incessant mechanical buzzing doesn’t fit with anyone’s idea of a pleasant community. That’s what drones will bring, though. Even domestic drones can raise baseline sound pressure levels by at least 20 decibels; when each 6dB increase means loudness doubles, that means a single drone can make an area 8 to 12 times louder than it is now.

Drones turn a quiet day into something quite different.

It’s not just loudness. Drones have relatively small propellers, which don’t move much air, but they move it very rapidly. The amount of energy put into moving the air equates to its volume or loudness. The speed of the spinning equates to its pitch, or frequency. Refinements to propeller shapes can change the pitch, but companies will only research noise reduction if their customers demand it.

Adding a payload to a drone means the propellers must put more energy into the air by spinning faster – making a louder and higher-pitched sound. The frequencies they generate are, in fact, the very frequencies people are most sensitive to. Turning, or even fighting gusts of wind to stay on course, also requires more propeller energy at higher speeds. A NASA study found that people find the specific sounds drones make to be particularly annoying.

The amount of time a person is exposed to different sound levels matters, too. The U.S. Occupational Safety and Health Administration says workers exposed to 85 decibels or louder for eight hours or more may suffer hearing damage or loss. The Federal Aviation Administration says that residential areas should not have aircraft noise averaging above 65dB in a 24-hour period.

Without forethought, public outcry and regulation, the buzzing of drones may soon fill city and suburban skies – adding to the din in many places, and disturbing the peace of even those wealthy suburbs whose residents can afford the convenience of rapid home delivery. Even neighborhoods that have managed to avoid being under airport flight paths will find themselves surrounded by the buzz.

Coming to a community near you?

Public parks, designed to provide places for recreation, community gatherings and quiet contemplation, may no longer provide any escape from the hum of daily life.

Birds may feel like doing this to delivery drones – whether they’re trained birds or not.

Any home delivery service raises a great many questions about sustainability and the costs of consumption in energy, material and human lives. Until now, though, those deliveries have been by car and truck over existing roads and are covered by ordinances on sound levels. Adding drones will bring a third dimension to shipping – but also to the level of noise in the world.