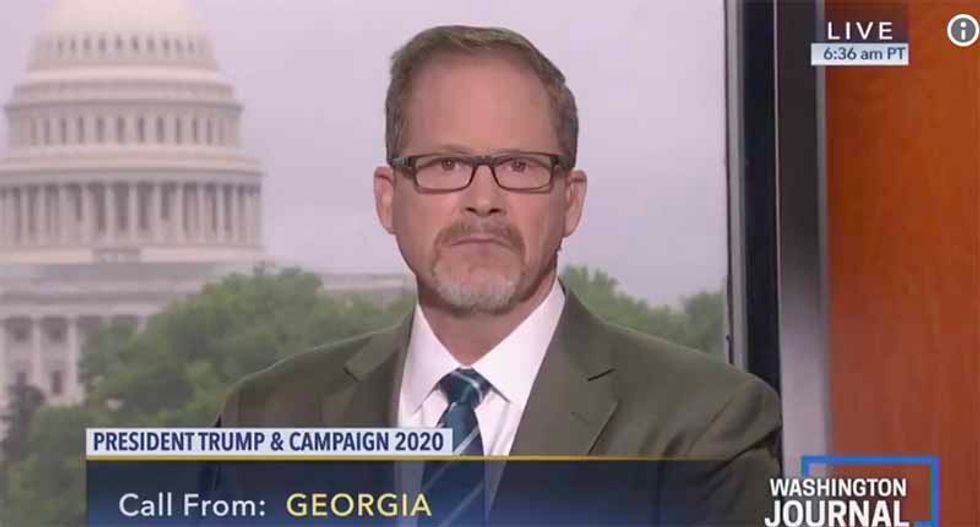 Image via Screengrab.
Jen Hayden
and
Daily Kos
May 06, 2019Video

Disgraced former Trump national security adviser Sebastian Gorka, who was grossly unqualified for any role in any White House, somehow landed a spot on C-SPAN’s Washington Journal show. If you are wondering why this accused Nazi sympathizer, who is so toxic he’s not even on Fox News anymore (their split was described as a “mutual decision”), was ever booked to be a guest on the show, you are not alone. “Amy from Georgia” called into the show and addressed her comments to the moderator, succinctly summarizing her complaint about having a “dangerous” propagandist like Gorka on the show.

Please enjoy “Amy from Georgia” shredding Gorka on live television. Her comments have been transcribed below.

AMY FROM GEORGIA: We are living in very precarious times. Education for the public is very important and when I watch C-SPAN I like to listen to my fellow Americans, the journalists you have on, the experts that you have on. This morning you have on someone who is a known grifter, a propagandist, a provocateur and … I don’t think he’s going to add anything to the body politic, in any kind of way. In any kind of positive way and so I just want to encourage you, in this very dangerous time where misinformation and information is such a huge problem that you choose your guests more thoughtfully. This guy is dangerous and he likes to be dangerous. He likes to provoke, he doesn’t have our best interests at heart and I don’t mind hearing conservative views, I just want them to be accurate, fair, above board.  Thank you.

Thank you, “Amy from Georgia!”

For what it’s worth, during the same show Gorka essentially said The Washington Post journalist Jamal Khashoggi, who was brutally murdered and dismembered on orders of Saudi Arabian Crown Prince Mohammad bin Salman, had it coming.

You can do better, C-SPAN!