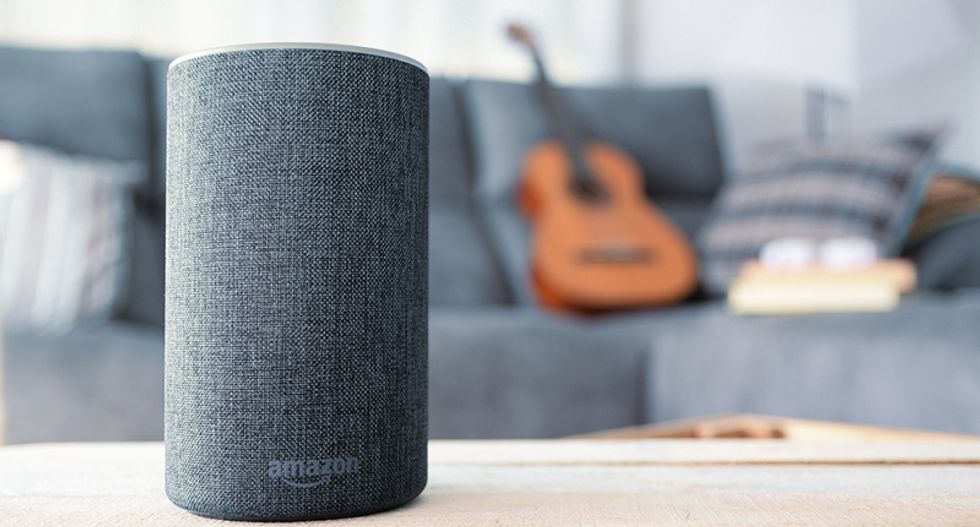 The brightly colored, always-on listening device "will play music, answer questions, read stories, tell jokes, and more—all with younger ears in mind," according to Amazon. "The included one year of FreeTime Unlimited gives your kids access to thousands of hours of fun and educational content, including ad-free radio stations and playlists, Audible books, and a growing list of premium kids skills."

In a complaint submitted to the Federal Trade Commission (FTC) Thursday, the coalition charged that the device violates the Children's Online Privacy Protection Act (COPPA), based on the findings of an investigation conducted by CCFC and the Institute for Public Representation (IPR) at Georgetown Law.

"We spent months analyzing the Echo Dot Kids and the device's myriad privacy policies and we still don't have a clear picture of what data is collected by Amazon and who has access to it," Angela Campbell, a CCFC board member and director of IPR's Communications and Technology Clinic, said in a statement.

"If privacy experts can't make heads or tails of Amazon's privacy policy labyrinth," Campbell asked, "how can a parent meaningfully consent to the collection of their children's data?"

Though questions remain about the device and data collection, what researchers found alarmed them. Alongside the complaint to federal regulators, the coalition launched a website that outlines specific ways in which experts say the device raises privacy concerns and breaks the law:

The groups also released a video that shows a test of the device's "remember" feature. As IPR put it, "Amazon forgot to teach Alexa how to 'forget.'"

"Amazon markets Echo Dot Kids as a device to educate and entertain kids, but the real purpose is to amass a treasure trove of sensitive data that it refuses to relinquish even when directed to by parents," said CCFC executive director Josh Golin. "The FTC must hold Amazon accountable for blatantly violating children's privacy law and putting kids at risk."

"We urge the commission to take all necessary steps to ensure their privacy as 'Internet of Things' devices targeting young consumers come to market," the lawmakers wrote, "including promptly initiating an investigation in the Amazon Echo Dot Edition's compliance with COPPA."