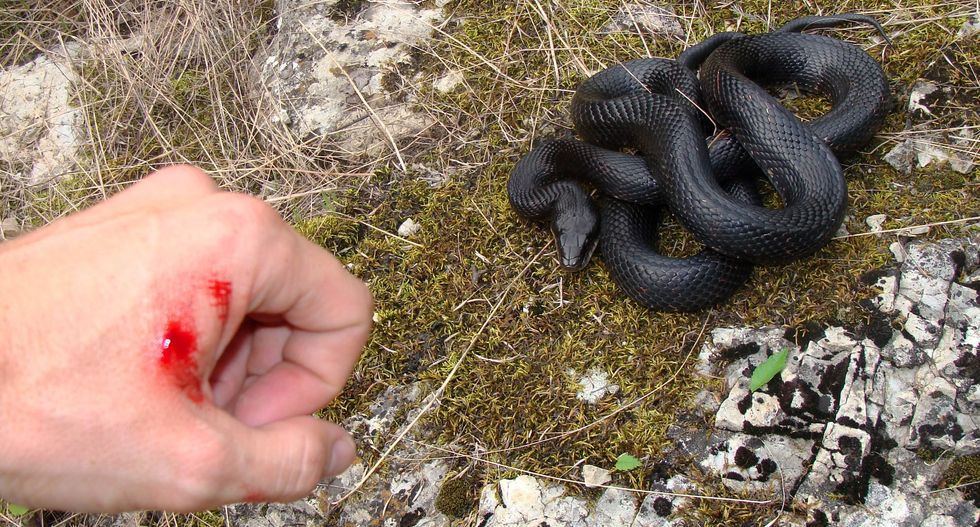 Not unlike our telecom industry, our pharmaceutical industry has a greed problem. Both industries provide important services to the general public. Many of us argue that these services are public works, essential to a healthy community. As a result, things like medicine should be considered a public health issue, and telecommunications should be considered a public utility. But private industry has a fundamental interest in keeping these services and medicines privately controlled because it means more money for the people at the top of those industries.

Ars Technica has the story of a 10-year-old girl who, while on a hike at a summer camp in Indiana last July, was suspected to have been bitten by a copperhead snake. Copperhead snakes are poisonous, and the camp counselors were quick to act and secure treatment.

The girl was given four vials of snake bite anti-venom and released within 24 hours. It was a happy ending for this young girl and her family. However, when the bill came, the tally for the four vials of anti-venom totaled $67,957. This was about five times more expensive than the list price of the drug. But this is what happens when medicines that seem obviously necessary for public health concerns are classed as rare.

Over the past few thousand years, humanity’s risk of getting bitten by a venomous snake has dropped. And so while other countries continue to consider something like anti-venom a public health service, the United States allows the invisible hand of the market to bring us all closer to God.

One of the great miracles of science, medicine, and technology is that it has allowed humanity the ability to do what only 70 years ago would have been nearly impossible. But, over the last 200 years, people have been able to create anti-venom somewhat simply. Venom is taken from the animals that produce them, safely administered to livestock (sheep and horses), and the antibodies that are created by that livestock are then used to save human lives in the form of anti-venom.

The good news is that this family doesn’t have to pay the bill.

When KHN questioned St. Vincent Evansville hospital on its charges for Crofab, the hospital noted that the snake-bitten girl’s family wasn’t on the hook for the bill. Insurance covered the price of the antivenin. And, in the end, the family’s insurer negotiated the $67,957 antivenin bill to $44,092.87.

The bad news is that those costs are far too high and will remain high as long as companies are allowed to set their profit margins wherever they want on drugs that only they control. These costs will continue to rise because big business needs to increase profits somehow. Conservative members of our country will throw up their hands, saying that Medicare for All plans will be too expensive but never acknowledging that our current privatized system is too expensive. And it’s only getting more expensive because of how divorced our country’s public health initiatives are from the business of science, medicine, and technology.