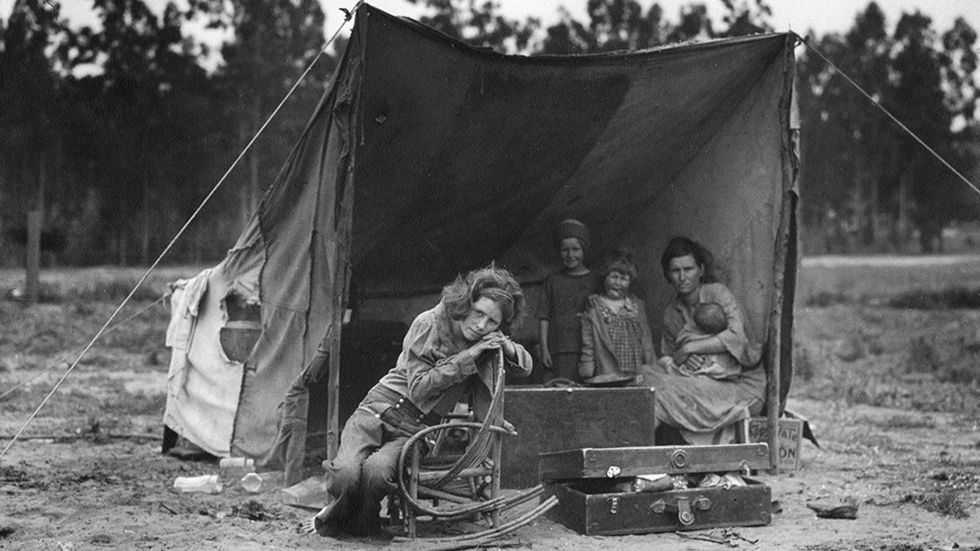 Nina Silber has been a member of the faculty at Boston University since 1990, where her teaching and research have focused on issues related to the Civil War, gender, and historical memory. The recipient of numerous awards – including fellowships from the Fulbright Commission, the National Endowment for the Humanities, and Harvard University’s Warren Center – Professor Silber has also published several books including The Romance of Reunion: Northerners and the South, 1865-1900 (1993); Divided Houses: Gender and the Civil War (1992); Daughters of the Union: Northern Women Fight the Civil War (2005); and Gender and the Sectional Conflict (2008).   Her most recent book, This War Ain’t Over: Fighting the Civil War in New Deal America, looks at issues raised in this essay, especially how the Civil War became a point of political contention in the years of the Great Depression and New Deal.

Tensions have been brewing at George Washington High School in San Francisco over a series of murals that tell a less than heroic story about America’s first president.  Completed in 1936 by a left-wing immigrant painter, Victor Arnautoff, the murals have prompted discomfort among students and parents.  Their objections focus not on the mural’s critique of Washington but on its inclusion of a dead Native American and African American slaves.  Although Arnautoff apparently intended to expose Washington’s racist practices – his ownership of slaves, his role in killing Native people – the mural also shows people of color in positions associated with servitude and violence. Given that, it’s not hard to imagine the uneasiness students of color might feel as they walk, everyday, past these paintings.  A committee recently recommended painting over the offending frescoes.

Members of the George Washington High School community should have the ultimate say in the types of images chosen to represent their school.  But there’s also a backstory to these murals – and other art works like it – that could easily be obscured in this discussion.  A recent New York Times article puts the San Francisco dispute in the context of the many controversies currently swirling over “historical representations in public art”, including protests about “Confederate statues and monuments” that have recently “been dismantled”. While it’s true that Confederate monuments were placed in public spaces – like city parks and courthouse squares – and so might be considered a type of “public art”, the George Washington High School murals are a different order of “public art” altogether.   Both were placed in public spaces but only one took shape as a result of public funding.

The San Francisco murals sprang from a broad government-funded arts initiative, part of Franklin Roosevelt’s New Deal, which made possible the creation of thousands of art projects around the United States in the 1930s.  Part of the Works Progress Administration, these arts initiatives included numerous dramatic performances organized by the Federal Theatre Project; countless posters and murals created by the Federal Art Project; and the mammoth American Guide series as well as oral histories of black and white Americans done under the auspices of the Federal Writers Project.  Significantly, these projects offered employment to artists, writers, dramatists, and musicians hit hard by the economic circumstances of the Great Depression.

In contrast, the money behind Confederate monuments and statues came almost exclusively from white private organizations, societies like the United Daughters of the Confederacy and the Sons of Confederate Veterans, who called on wealthy donors and used their political connections to get monuments placed in public settings.  With Jim Crow measures effectively silencing black Americans in the political arena – and so preventing them from raising objections to the placement of these statues – tributes to the Confederacy appeared in prominent public spaces in towns and cities across the South in the first half of the twentieth century.

The New Deal arts programs – including the program that sponsored Victor Arnautoff’s San Francisco murals – represented a singular response to the kind of “public art” initiatives that celebrated the Confederacy.  Writers, actors, and artists who lacked the economic clout of the UDC received government funding and were able to keep their art in the public eye.  As a result, a diverse array of artistic approaches and interpretations circulated, including work produced by left-wing muralists like Arnautoff and African American writers like Richard Wright and Sterling Brown.  The WPA even supported a “Negro Theatre Project” that was established in twenty-three cities across the US.  Because of the New Deal’s commitment to fund artists without extensive resources, it was possible to create, even for a short period of time, a more racially, ethnically, and politically diverse conversation. Indeed, the New Deal’s commitment to the arts made it possible, for the first time since the Civil War, for a richer and more democratic conversation about the American past to unfold in public settings. This should signal to us how vastly different the WPA’s version of “public art” was from the “public art” sponsored by Confederate apologists.

None of this means that New Deal art followed a modern-day standard for “political correctness” or that these works were without historical distortions. These programs did, however, allow for a more inclusive narrative.  Consider, for example, that within a three-month period in 1936, two plays telling vastly different stories about the Civil War era appeared under the auspices of the Federal Theatre Project.  One, Jefferson Davis, made its New York premiere in February 1936.  With a UDC-approved script, this federally funded play upheld the Confederacy’s right to secede not over slavery but so the South “may decide the question for ourselves as the constitution promises we may”. The other play, Battle Hymn, opened in New York in May, and told of John Brown’s antislavery campaign in Kansas and Harper’s Ferry. Written by two left-wing dramatists, Michael Blankfort and Mike Gold, Battle Hymn sympathetically portrayed Brown as a reluctant insurrectionist, ultimately compelled to use violence because of his abhorrence of slavery.  In his review, the theater critic for the New York Post explained: “I’d rather miss any show in New York than this one.”

In 1939 the newly created House Un-American Activities Committee cut the cord on the Federal Theater Project.  HUAC members objected, most of all, to the left-wing leanings of WPA artists and writers.  Ironically, they judged the work of dramatists like Blankfort and Gold “un-American” while a play honoring the Confederacy’s four-years-long military effort to break up the United States never even popped up on HUAC’s radar. The Federal Art Project continued through 1943, giving artists a few extra years to create murals and sculptures for schools, post offices, and government buildings, including a mural by William Scott, installed in the Recorder of Deeds building in Washington, DC that shows Frederick Douglass urging Lincoln and his cabinet members to enlist black men in the Union army.  Even after the Art Project folded, many of these more permanent forms of art – including Scott’s mural as well as Victor Arnautoff’s frescoes – remained in place.  While Arnautoff’s murals have little to say about the Civil War – they focus, of course, on the school’s namesake – they nonetheless challenged a well-established pro-Confederate history that had a strong hold in the public arena.

Like other New Deal initiatives, those murals push back against a history that papered over racist atrocities, whether it was the first president’s betrayal of Native Americans, or the brutal injustices practiced by slaveholders – from George Washington to Jefferson Davis - in the pursuit of economic and political gain.  Without government funding, it would have been almost impossible for this alternative narrative to gain much of a foothold in the public imagination.