'Are you serious?!': John Kerry humiliates a GOP congressman who tries to mock his political science degree 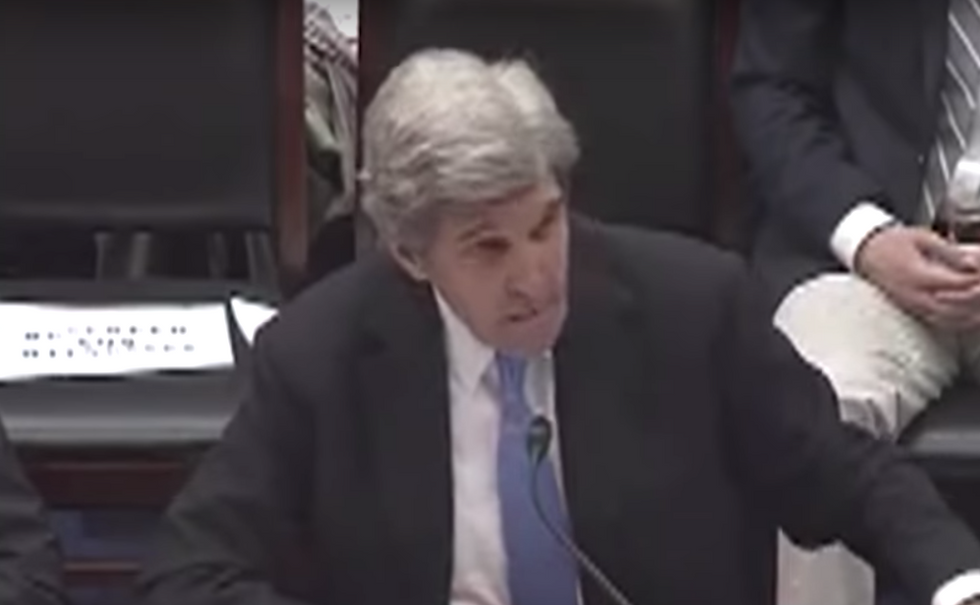 Former Secretary of State John Kerry had the dubious honor on Tuesday of testifying before the House of Representatives on the importance of climate change, where, to the benefit of no one, he came face to face with Rep. Thomas Massie (R-KY).

Massie, a critic of climate change science, used his time discussing this crucial issue to try to attack Kerry for statements he's made critical of President Donald Trump and his approach to environmental policy. In particular, Kerry called Trump's secret panel to designed to challenge climate change science a "kangaroo committee," a phrase that apparently irked Massie.

But when he tried to attack Kerry's credibility during the testimony, he chose a bizarre and self-defeating line of attack — and only ended up humiliating himself.

"Isn’t it true you have a science degree from Yale?" said Massie.

"Bachelor of arts degree," replied Kerry, who clarified that it was in political science.

"So how do you get a bachelor of arts, in a science?" asked Massie.

"OK," said Massie — apparently thinking he had the former secretary cornered. "So it’s not really science. So I think it’s somewhat appropriate that someone with a pseudo-science degree is here pushing pseudo-science in front of our committee today."

"Are you serious?!" he demanded. "I mean this is really a serious happening here?"

People in attendance burst into laughter.

"You know what? It is serious," said Massie, a clearly shaken. "You’re calling the president’s Cabinet a 'kangaroo court.' Is that serious?"

"I’m not calling his Cabinet a kangaroo court," said Massie. "I’m calling this committee that he’s putting together a kangaroo committee."

"Are you saying it doesn’t have educated adults now?" asked Massie.

"I don’t know who it has yet because it’s secret!" was Kerry's retort.