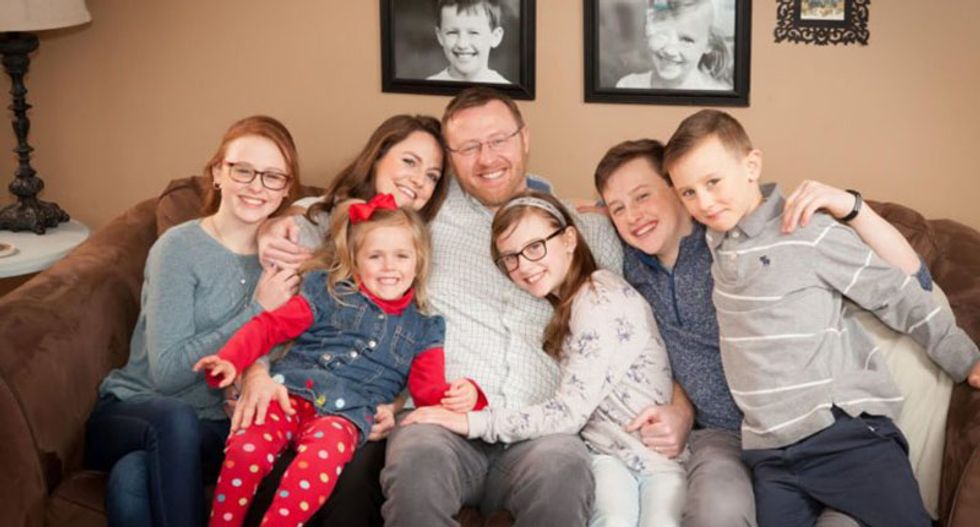 State appeals court judge Brian Hagedorn's first act after Election Day was to declare himself the winner of Tuesday's statewide vote for Wisconsin Supreme Court justice. The only problem: the race is so close the AP and other news outlets have refused to call a winner, the Milwaukee Journal Sentinel reports.

Hagedorn, a far right wing religious conservative who is tied to an anti-gay hate group, was losing during most of the evening's results, but around 11:30 PM ET he began to pull ahead of Appeals Judge Lisa Neubauer, a progressive.

State law allows for a recount if the tally is within one percentage point, so Hagedorn's announcement is premature.

But that's consistent for Hagedorn, a religious extremist who has ties to the Alliance Defending Freedom, which appears on the Southern Poverty Law Center's list of anti-gay hate groups. Among those ties: being paid thousands of dollars for speeches to the organization.

The Milwaukee Journal Sentinel reported that in a blog he kept during college, "Hagedorn twice wrote that a landmark gay rights ruling by the U.S. Supreme Court striking down a Texas anti-sodomy law could lead to the legalization of bestiality, sex with animals, in America."

"'The idea that homosexual behavior is different than bestiality as a constitutional matter is unjustifiable,' he wrote in October 2005."

"There is no right in our Constitution to have sex with whoever or whatever you want in the privacy of your own home (or barn)," he added.

Mother Jones notes in that blog Hagedorn "called Planned Parenthood a 'wicked organization,' the NAACP a 'disgrace to America,' and Roe v. Wade the worst and most unjustifiable decision in history.'"

In a 2014 interview Hagedorn said: “My faith impacts everything I do in the workplace.”

Hagedorn has also called Planned Parenthood "a 'wicked organization' that was more devoted 'to killing babies than to helping women.' He said his litmus test for voting in an election was a candidate's position on abortion."

Any possible recount will not begin until at least next week.