'Barr wants a POTUS above the law': Watergate's John Dean says Trump's AG would have let Nixon stay in office 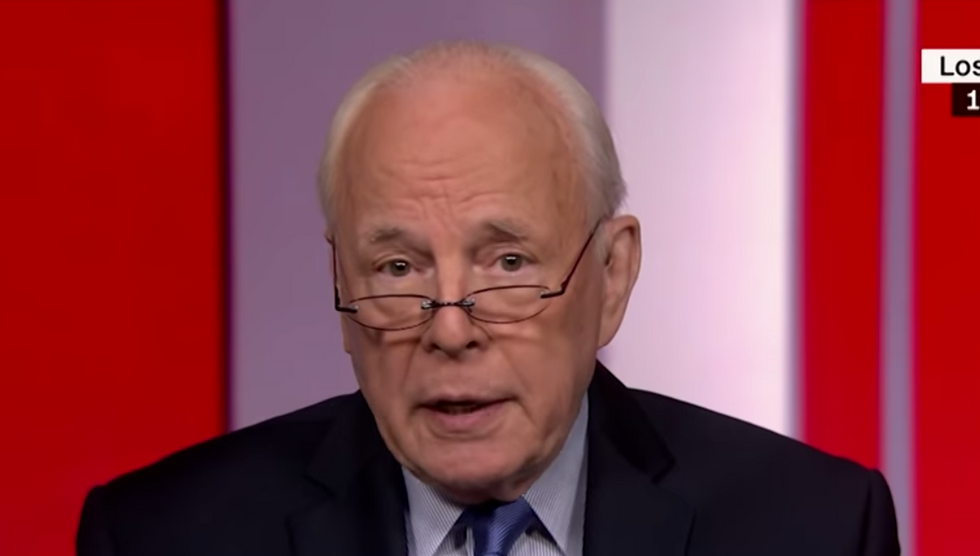 Though we now know that Special Counsel Robert Mueller refused to exonerate President Donald Trump in his final report, Attorney General Bill Barr clearly did his best in the summary letter of Mueller's findings to excuse his rampant abuse of power and clear attempts to thwart an investigation of his inner circle.

John Dean, the White House counsel under President Richard Nixon who eventually testified against his boss in the Watergate hearings, was unimpressed with Barr's conclusions. He noted that, under Barr's view of the presidency, Nixon himself would never have been forced to resign:

Indeed, under Barr's 2018 memo, which argued against a particular theory of obstruction of justice, the attorney general painted an expansive view of executive power and a narrow scope of presidential obstruction of justice. That memo itself, written before Trump fired former Attorney General Jeff Sessions and replaced him with Barr, was seen by many as essentially a job application for the role at the top of the Justice Department — and, for that reason, a reason to think Barr should be recused from the Mueller probe.

Nixon only left office when it was clear that his party had turned against him. And it turned against him because he was revealed to be a liar and that he used his powers as president to curtail a Justice Department investigation that he feared could hurt him — sound familiar?

If Barr had been Nixon's attorney general, he probably would have concluded that all of the president's behavior was acceptable in his view. And in fact, when Barr was attorney general during another great presidential scandal — the Iran-Contra affair as it continued under President George H.W. Bush — he oversaw the issuing of expansive pardons meant to close the controversy.

So it's no surprise that, while in power yet again, Barr is using whatever discretion he thinks he has to run interference for a Republican president abusing power.

But Dean shouldn't be misread as implying that Barr is fundamentally the problem. When Trump picked Barr to be attorney general, it was only after the president fired Sessions, whom he railed against for not interfering in the Russia investigation. Trump had said on the record that he wanted an attorney general who would defend him (rather than the rule of law), and Barr's memo made clear he would live up to these hopes.

And even though all of this happened in plain sight, the Republican-controlled Senate approved Barr's nomination. The Republican Party has given up on the idea that a president should be held accountable — or at least that a Republican president should be held accountable — and Barr was the vessel they used to give Trump cover. They learned their lesson from Watergate — they don't want to see another president from their party go down in flames.