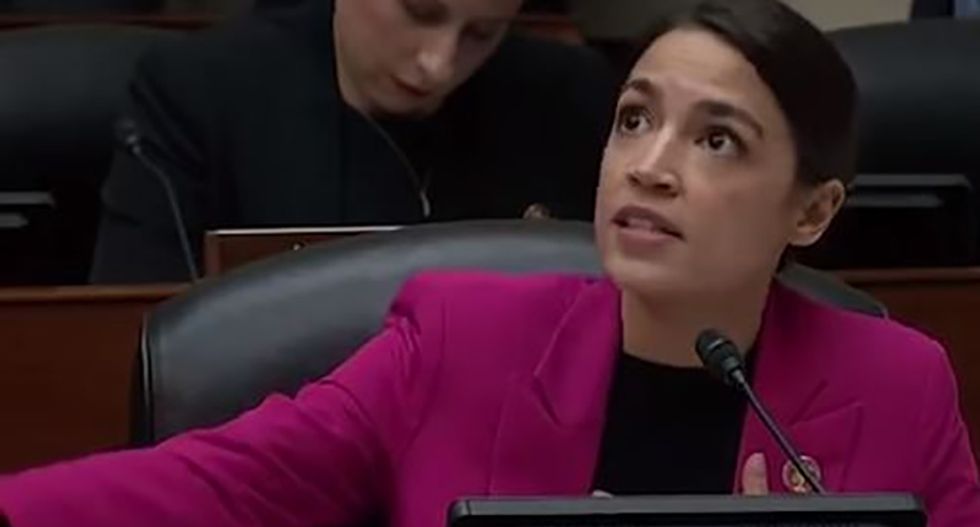 In a critique of campaign finance laws that has now gone viral, Rep. Alexandria Ocasio-Cortez (D-N.Y.) this week showed how the United States has "a system that is fundamentally broken" due to the pervasive influence of corporate money that infects every aspect of the nation's democracy.

The take-down—which took just under 5 minutes—occurred Wednesday during a hearing held by the House Oversight Committee. To make her point, she played "a lightning round game" with the watchdogs on the panel, including Common Cause's Karen Hobert Flynn, CREW's Walter Shaub, and Brennan Center for Justice's Mehrbani Spitzer.

With her creative attack, said Common Cause, the freshman lawmaker "exposes just how much 'bad guys' can get away with under the shameful state of our campaign finance laws."

Now This News highlighted her effort on Twitter, which was then boosted by comedian James Corden. As of this writing, the Now This version of the video has been viewedover 16 million times.

Reacting to her comments, Ocasio-Cortez's policy advisor Dan Riffle said, "This was all her. She did this on the fly. She is very good at this, folks."

Actor Ken Olin, meanwhile, mused, "No wonder the right is terrified of her. It's not her politics, it's her intelligence. She's fierce, she's focused, she's real, and she's got lots of time to rock their world."