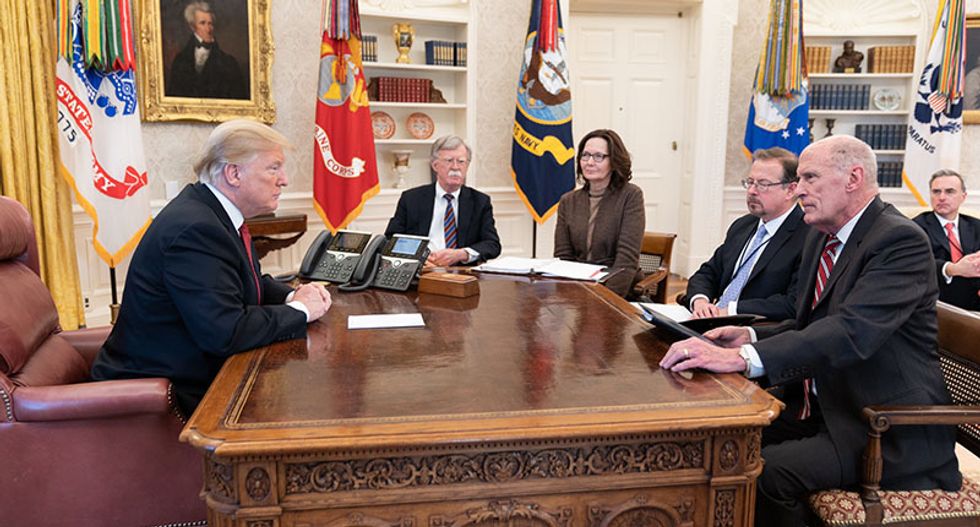 President Donald Trump reportedly was furious when news broke this week that his top intelligence officials – in open Senate testimony, aired live and uninterrupted on C-SPAN – all disputed his claims and rebuffed his policies on worldwide threats from North Korea, Iran, ISIS, and other bad actors.

Trump held a rare second "daily" Intelligence briefing Thursday afternoon. Rare because it was his second this week, and the second two days in a row, and rare because he only has about seven or eight a month nowadays.

The President has now assured Americans that he's straightened them out – or, more specifically, they have straightened him out. Trump tweeted that they told him their live and uninterrupted Senate testimony was taken out of context, "mischaracterized" by the media. It was a "false narrative" and "distorted press."

Of course, that's totally false. They may have told him that, but they would have been lying.

Either Trump is, or his top intelligence officials are.

And either way, it's the American people who are caught in the middle, and in harm's way.