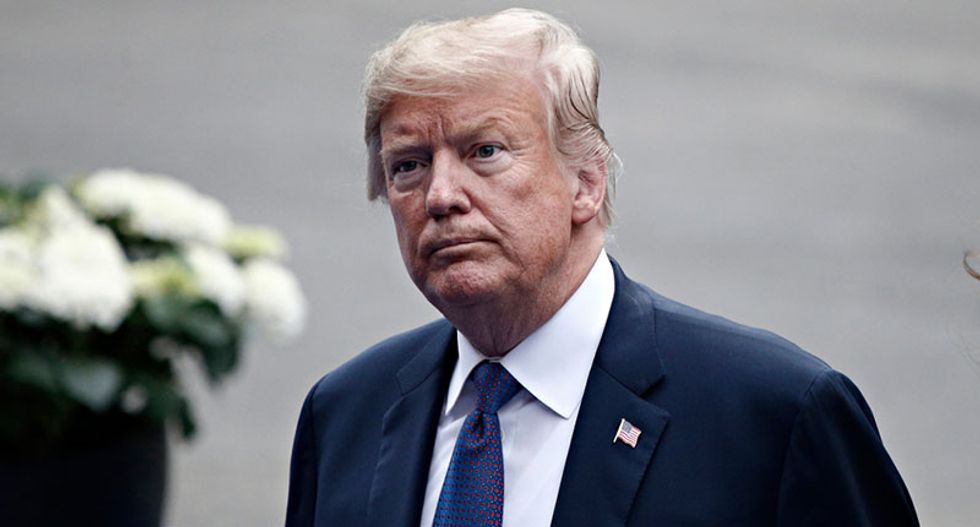 On Thursday, the Washington Post reported that Sergei Millian, a Belarus-born businessman, was much deeper in President Donald Trump's orbit than previously known, and while meeting with Trump campaign policy adviser George Papadopoulos, may have tried to offer them another conduit to the Kremlin:

As he was working to build a relationship with Papadopoulos in 2016, Millian also offered to serve as a conduit to the Trump campaign for a Belarusan author in Florida with connections to the Russian government, according to emails obtained by The Washington Post.

The author, Mikhail Morgulis, who said he never ended up hearing from anyone in the campaign, later claimed that he rallied Russian Americans to back Trump.

In March 2017, the Post reported that Millian was the unwitting source for the most salacious part of ex-MI6 spy Christopher Steele's Trump/Russia dossier — that he had hired prostitutes to perform urine-related sex acts at the Moscow Ritz-Carlton and the Kremlin has tapes of the encounter as leverage over him. Many aspects of Steele's dossier have been proven correct, but the "pee tape" allegation is as of now still uncorroborated.

Papadopoulos is well known for having met with Maltese professor Joseph Mifsud overseas during the campaign in 2016, who told him the Russians had dirt on Hillary Clinton. It was Papadopoulos' boast of this encounter to an Australian diplomat that formed part of the basis for the FBI's investigation of the Trump campaign for contacts to Russia, since taken over by special counsel Robert Mueller. Papadopoulos ultimately served 12 days in prison for lying to the FBI about this encounter.

As the spotlight on Millian grows, the Post reports that House Democrats plan to redouble their efforts to obtain his testimony. Previously, congressional committees attempted to interview him, but he refused to appear before them without an immunity deal, and Republicans were unwilling to subpoena him.

With Democrats back in control, we may be about to get some answers on this undercovered aspect of the Russia affair.