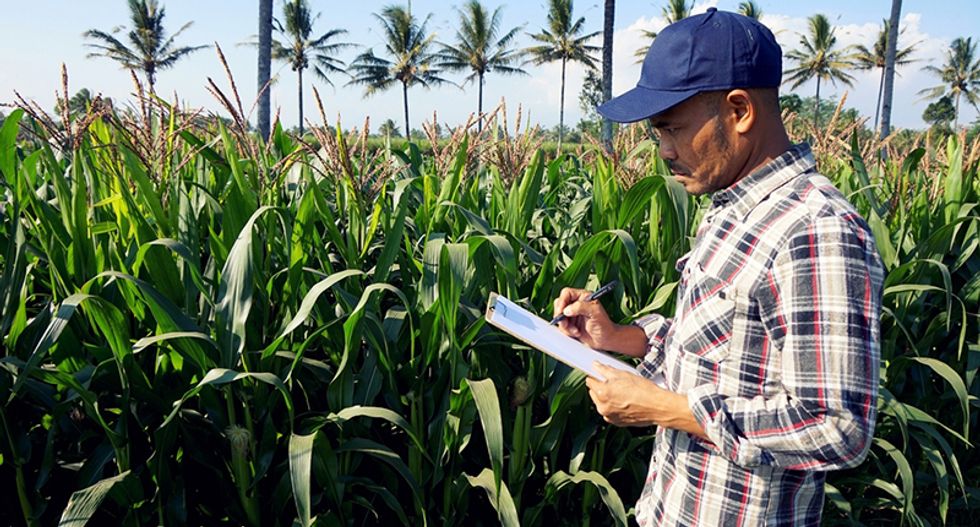 A groundbreaking report by the United Nations highlighting the rapid, widespread loss of many of the world's plant and animal species should be on the front page of every newspaper in the world, argued climate action and food access advocates on Friday.

The global grassroots organization Slow Food was among the groups that called for far greater attention by world leaders to the "debilitating" loss of biodiversity and the disastrous effects the decline is having on food system, which was outlined in a first-of-its kind report by the Food and Agriculture Organization of the United Nations (FAO).

"This should be at the top of every news bulletin and every government's agenda around the world," said Slow Food in a statement. "Time is running out, we must turn things around within the next 10 years or risk a total and irreversible collapse."

According to FAO's study of 91 countries around the world, the loss of thousands of plant and animal species is affecting air and water quality, tree and plant health, and worsening the spread of disease among livestock—all with dangerous implications for the human population and humans' food sources.

"Less biodiversity means that plants and animals are more vulnerable to pests and diseases. Compounded by our reliance on fewer and fewer species to feed ourselves, the increasing loss of biodiversity for food and agriculture puts food security and nutrition at risk," said Jose Graziano da Silva, FAO's director-general.

Along with the report, FAO shared a video on Twitter outlining the dire implications of biodiversity loss.

"Today only nine crops account for 66 percent of total crop production," the organization said. "Our forests are shrinking. As they disappear so do the plants, insects, and animals they host...Now is the time to act."

According to FAO, at least 24 percent of nearly 4,000 wild food species, including plants, fish, and mammals, are declining in abundance—but the report is likely giving a best-case scenario of the crisis, as the status of more than half of wild food species is unknown.

Changes in land and water management, pollution, the warming of the globe and the climate crisis are among the factors that FAO is blaming for the catastrophic loss of biodiversity.

Declining plant biodiversity on working farms has meant that out of 6,000 plant species that can be cultivated for food, fewer than 200 are used significantly as food sources. The report pointed to The Gambia as a country where the loss of wild food sources has led the population to rely heavily on industrially-processed foods.

Of more than 7,700 breeds of livestock worldwide, more than a quarter are at risk for extinction, according to FAO, while nearly a third of fish species have been overfished and about half have reached their sustainable level, meaning humans must immediately stop driving them toward extinction in order to save the species.

Leaders must incentivize the use of sustainable practices for farming, Lucas argued, as well as pushing for a worldwide ban on dangerous pesticides like neonicotinoids, which have threatened the world's pollinators and in turn have put at risk every third bite of food that humans take.

This is terrifying. The natural world we all depend on is dying before our eyes because of human activity. But we… https://t.co/h3y4tXcZAK
— Caroline Lucas (@Caroline Lucas) 1550825428.0

Combating the loss of biodiversity "relies on combining modern knowledge and technology with its traditional counterparts, and redefining our approach to agriculture and food production, placing the preservation of biodiversity and ecology on equal footing with profit and productivity," said Slow Food. "On every level, from small-scale farmers and producers, to the highest levels of government, and through regulations like those in the EU Common Agricultural Policy (CAP), must be geared towards a food system that protects biodiversity."