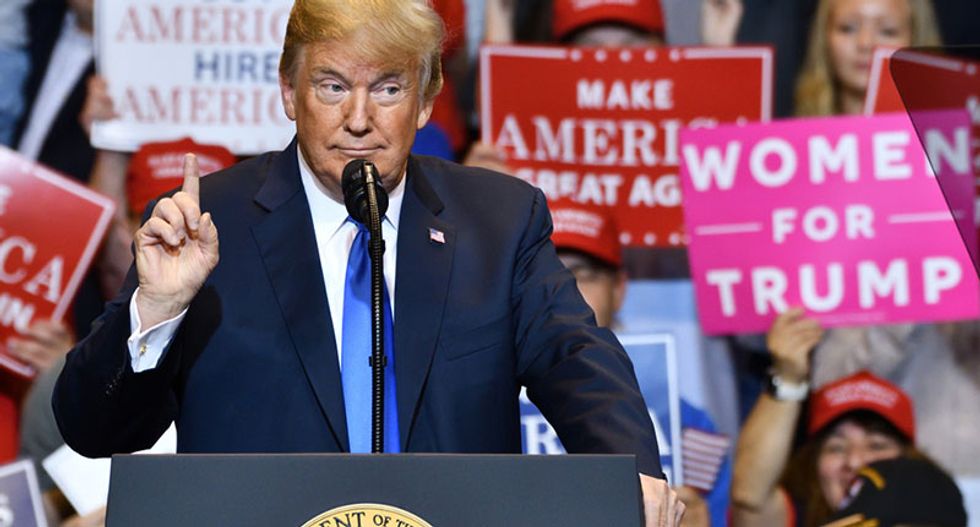 During his 2019 State of the Union address earlier this month, President Donald Trump declared, “Tonight, we renew our resolve that America will never be a socialist country.” It was crude, cheap political theater designed to rally his far-right base, but Trump is hardly alone when it comes to using the word “socialist” to terrorize American voters—and hysterically attacking Democrats as “socialists” is likely to become even more prevalent in the months ahead.

Equating liberalism with socialism is nothing new. In the 1930s, President Franklin Delano Roosevelt’s critics often attacked the New Deal as “socialism” even though, truth be told, his reforms were designed to save capitalism from itself. Even the fiercely anti-communist President Richard Nixon understood that in the 1970s, supporting elements of the New Deal and President Lyndon B. Johnson’s Great Society. If anything, Nixon was so terrified of communism that he accepted a certain amount of “socialism” in order to avoid it. But the Republican Party of 2019 is so extreme that any belief at all in a social safety net is likely to be attacked as socialist.

On February 17, the New York Times’ Sheryl Gay Stolberg reported that according to Rep. Tom Emmer, chairman of the National Republican Congressional Committee (NRCC), fear-mongering over “socialism” will be a prominent tool in the GOP playbook in 2020. Stolberg tweeted, “NEW: Inside look at the 2020 GOP playbook: Paint Democrats as socialists, baby-killers and anti-Semites. ‘Socialism is the greatest vulnerability by far that the House Democrats have,’ the NRCC chairman told me.”

Responding to Stolberg on Twitter, Democratic operative Ronald A. Klain (who served as Vice President Joe Biden’s chief of staff) posted, “Republicans calling Democrats ‘socialists’ is not a new playbook—it's their ONLY playbook. Jack Kemp called Al Gore a ‘socialist’ in their 1996 debate. The GOP called Obama’s economic plans ‘socialist.’ They called the ACA ‘socialism.’ DO NOT BE SCARED, DEMOCRATS!”

In 2018, many Republican candidates used the word “socialist” in the hope of frightening voters into supporting them. One was Sen. Ted Cruz, who stressed, “I am not remotely afraid to debate left-wing liberal socialists.” Texas Rep. Chip Roy compared his Democratic opponent, Joseph Kopser, to Karl Marx, and former Texas Rep. Pete Sessions insisted that Democratic challenger Collin Allred had “socialist ideas”—although it didn’t work for Sessions, who was voted out of office and lost his seat to Allred.

How well anti-socialist rhetoric will or won’t work for Republicans in the months to come depends a lot on the state, the area or the district where they’re running. Some Democrats or allies of Democrats were victorious in 2018 despite calling themselves “democratic socialists”—or perhaps even because of it, including Sen. Bernie Sanders in Vermont, Rep. Alexandria Ocasio-Cortez in Queens and the Bronx, and Rep. Rashida Tlaib in Michigan. Context is crucial: Sanders, Ocasio-Cortez and Tlaib are, in reality, FDR/LBJ capitalists who believe in a strong social safety net. But Republicans will distort their views, using them to terrorize their gullible voters.

Republicans have repeatedly used the word “socialist” to demonize the Affordable Care Act of 2010, a.k.a. Obamacare, even though it’s “universal health care via the private sector” model was influenced by the Heritage Foundation, Richard Nixon and former Massachusetts Gov. Mitt Romney. Modern-day Republicans will even attack GOP ideas as “socialist” when they believe it’s expedient.

In May 2018, right-wing author Paul Gottfried wrote a piece for the American Conservative that was highly critical of Democrats yet lambasted Republicans for tossing the word “socialist” around so carelessly. Gottfried is no fan of Sen. Elizabeth Warren’s liberal/progressive policies but stressed that it’s silly to think she fits the definition of “orthodox Marxism.”

Gottfried wrote, “The U.S. is hardly on its way to becoming Hugo Chavez’ Venezuela, whatever the complaints one hears on Fox News. But we could easily slip into an up-to-date version of ‘antifascist’ Germany or Sweden.”

Agree or disagree with Gottfried’s criticisms of Warren—at least he’s intellectually honest enough to admit that she looks to Germany and Sweden for political inspiration, not Nicolas Maduro’s Venezuela.

But Gottfried is a 77-year-old paleoconservative intellectual, not a Republican running for office in 2019 or 2020—and even if they know it’s disingenuous, that won’t stop Republicans from calling their opponents “socialists.” Senate Majority Leader Mitch McConnell has denounced opponents of Trump’s proposed U.S./Mexico border wall as “socialists who prefer open borders,” and he will mindlessly repeat that over and over if he thinks it will save him from a GOP primary challenge next year.

The Democratic victories of 2018 ranged from hardcore liberals like Ocasio-Cortez and Tlaib to centrist Sen. Kyrsten Sinema in Arizona. If Sinema were from the U.K., she would probably fit right in with the Conservative Party and run as a Tory. But in a July 23, 2018 press release attacking Sinema, the National Republican Senatorial Committee (NRSC) tried to paint Sinema as an example of the Democratic Party’s “full embrace of socialism”—which is idiotic. Full socialism is called communism, and Democrats are hardly promoting discredited Marxist-Leninist ideas such as abolition of all private property.

But this is the type of nonsense that the GOP is promoting in the Trump era, and it will only get worse as the 2020 presidential election draws closer.