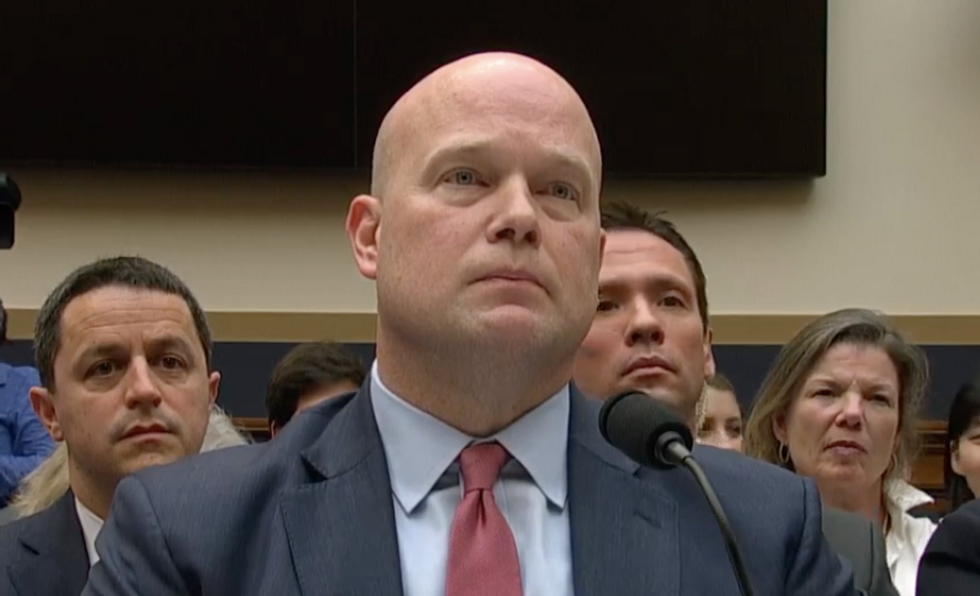 Acting Attorney General Matthew Whitaker, who was dubiously appointed to his position by President Donald Trump outside the normal Justice Department order of succession and without being confirmed by the Senate, testified before Congress Friday in a heated performance that showed the gaping chasm between the House of Representatives and the executive branch.

He was combative, dismissive, contemptuous and condescending throughout the hearing as Democrats tried to question him. He often used blatantly fillibuster tactics to avoid answering questions, such as repeating the questions, delving into meaningless asides, repeating rote answers, and avoiding direct inquiries. On many serious topics, Whitaker outright refused to answer.

As a neophyte to such a high-profile office, Whitaker showed that he was unable to gracefully cope with the fierce grilling he received.

Here are seven of the most disastrous moments of his testimony:

1. Whitaker had a callous response to Rep. Pramila Jayapal (D-WA) pleaded for him to take responsibility for the immigrant families under Justice Department policy.

2. He became combative when confronted with his dubious past.

3. Rep. Madeleine Dean (D-PA) confronted Whitaker with his refusal to follow the advice of ethics officials to recuse from overseeing Special Counsel Robert Mueller's investigation — and his only answer was that "it was my decision to make."

4. Rep. Karen Bass (D-CA) challenged Whitaker to name any Republicans his ethics watchdog group filed complaints against — but he couldn't list one.

Karen Bass asks about Matthew Whitaker's time, before working in the DOJ, as the executive director of an ethics wa… https://t.co/84kQaaIwWW
— Kyle Griffin (@Kyle Griffin) 1549650317.0

Whitaker says he was briefed on Roger Stone's arrest before it happened. @RepDougCollins & Whitaker then team up to… https://t.co/ASsL2nIhBv
— Aaron Rupar (@Aaron Rupar) 1549639151.0

7. In a completely disrespectful comment, Whitaker told Chairman Jerry Nadler (D-NY) that his time was up — causing gasps from observers — even as he had time to answer the question.

NADLER: "In your capacity as acting attorney general have you ever been asked to approve any request for action to… https://t.co/h68V9bUniX
— Aaron Rupar (@Aaron Rupar) 1549638843.0