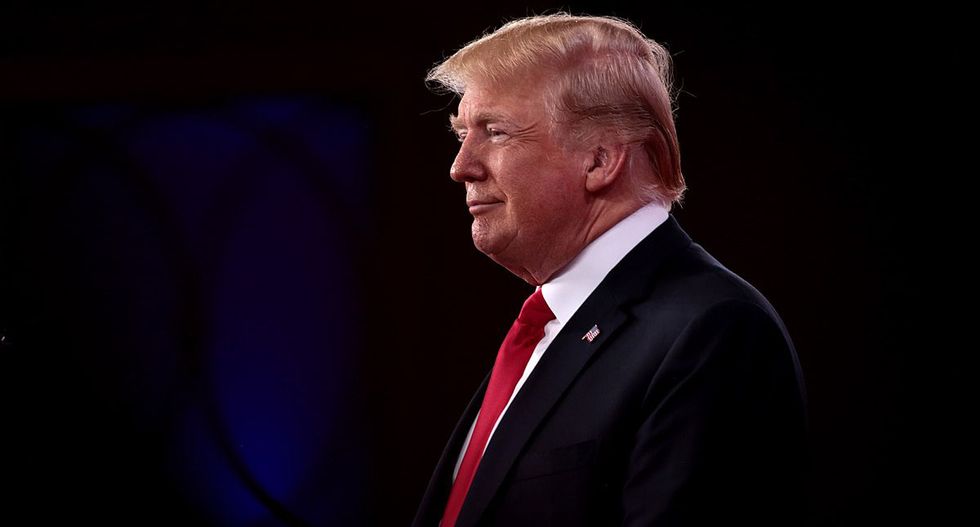 For more than two years, the public has known of serious allegations that President Donald Trump's campaign coordinated with Russia as it carried out an allegedly criminal operation to influence the 2016 American election. And for much of that time, Trump himself had unrelentingly attacked those raising questions about the matter and any investigators who dare probe the issue.

And as the investigations around Trump have multiplied, the president has likewise expanded his attacks.

In a new in-depth report Monday on Trump's efforts to intimidate and defame the investigators, the New York Times documented many new and revealing details of this campaign. While some of the information has been made public before, its narrative account gives new life to both familiar and previously unknown facts that may one day provide the basis for an obstruction of justice charge against the president.

Here are 7 key claims from the report:

1. Trump pressured Whitaker to install a crony to oversee the SDNY investigation.

The Times reported that after installing Matthew Whitaker as the acting Attorney General,  Trump asked him to put a political appointee, Geoffrey Berman, in charge of the investigation into him and his campaign at the Southern District of New York. Whitaker refused,  according to the report, because Berman was already recused from the case, infuriating Trump.

2. Attorneys for the president dangled pardons to both Paul Manafort and Michael Flynn.

One of Mr. Trump’s lawyers also reached out that summer to the attorneys for two of his former aides — Paul J. Manafort and Mr. Flynn — to discuss possible pardons. The discussions raised questions about whether the president was willing to offer pardons to influence their decisions about whether to plead guilty and cooperate in the Mueller investigation.

3. Even though Michael Flynn resigned voluntarily, Trump pushed the falsehood that he asked for Flynn's resignation.

In a somewhat confusing passage, the Times indicated that after Michael Flynn, Trump's former national security adviser, resigned in light of the revelation that he lied about his contacts with the Russian ambassador, the president decided to falsely claim that he asked for Flynn's resignation. Trump's supposed termination of Flynn has been widely reported as fact, but, according to the report, it appears to be false.

Spicer did damage control for the White House after Flynn left, which included spreading the apparent lie about his resignation. And according to the report, White House lawyers were concerned about Spicer's spreading of misinformation, including the false claim that an investigation had exonerated Flynn from any legal wrongdoing. (Flynn later pleaded guilty to lying to the FBI.) The lawyers reportedly compiled Spicer's false statements in a memo.

5. Trump claims Rod Rosenstein told him the Michael Cohen investigation had nothing to do with him.

According to the report, when Cohen's properties were raided as a part of the investigation that ultimately led to his conviction on multiple counts, Trump told his advisers that the deputy attorney general had assured him the case had nothing to do with him. Since it has been revealed that prosecutors believe the president directed Cohen to carry out a campaign finance crime and that he lied to Congress about the Trump Organization's dealings with Russia, Trump now reportedly believes Rosenstein may have deliberately misled him.

Many of Trump's most fervent political allies in Congress have consistently tried to run interference for the president as investigations encircle him, often trying to paint the FBI as the bad guys. The Times reported that this effort began as an explicit plan by Gaetz.

"He called Representative Jim Jordan, a conservative Republican from Ohio, and told him the party needed 'to go play offense,' Mr. Gaetz recalled in an interview," the report said. "The two men believed that Republican leaders, who publicly praised the appointment of Mr. Mueller, had been beaten into a defensive crouch by the unending chaos and were leaving Democrats unchecked to 'pistol whip' the president with constant accusations about his campaign and Russia."

7. Trump has gone after Mueller and the Russia investigation more than 1,100 times in public.

While any American paying attention to the news will know that Trump has repeatedly attacked Mueller and his investigation, the Times documented in rigorous detail the scale of the extent of the effort. It also showed clearly that, on average, these attacks have been increasing over time.