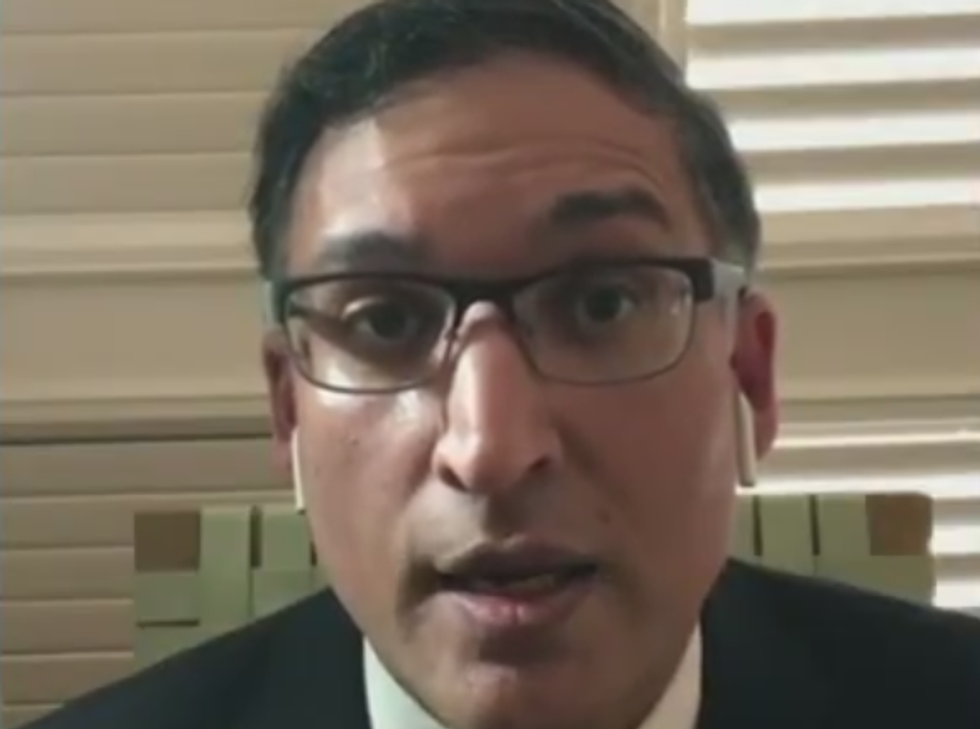 With special counsel Robert Mueller's probe reportedly delivering a report to Attorney General William Barr as soon as next week, President Donald Trump may feel that if the report fails to implicate him directly in any specific wrongdoing, he will finally be out of the woods.

But as former acting Solicitor General Neal Katyal told CNN's Anderson Cooper on Wednesday night, that is far from the case.

For one thing, Katyal said, while the report may be a final summation, signifying the end of the investigation under special counsel regulations, which is what the media seems to assume, that is not necessarily what it is. "There's also a separate provision in the regulations for 'urgent action reports,' and it's certainly possible that all this is is Mueller saying he's providing some sort of report but not a final report. It doesn't say he's concluding the investigation on his own or anything like that."

For another thing, if it is indeed the final report, Barr would then have to write his own report and deliver it to Congress, "and it's contemplated in the regulations that that report should be public, if the public administration of justice so requires. So two different reports."

"But most importantly, these are only about Mueller and his investigation, which is a very limited one, into Russia counterintelligence and then obstruction of justice, the firing of [FBI Director James] Comey," Katyal added. "It doesn't have to do with the Southern District investigation, the Trump Foundation, the other things Congress is looking into and the like. So that's all separate." And worse still, if the investigation only makes a brief summary public, that could actually be "counterproductive" to the president, because "it won't resolve anything."

If Trump believes the end of the Mueller investigation will be the end of his legal problems, Katyal said, he's in for a big surprise. The investigation, he said, is like "the internet," and when Trump focuses all his anger on the Mueller probe, "he's like a 1950s hacker cutting a phone line ... this is a much bigger, much more metastasized investigation."

Katyal is right. There are numerous investigations unfolding into Trump and the GOP that have nothing to do with Mueller, from the Southern District of New York's probe into the president's former attorney Michael Cohen paying off women, to the District of Columbia prosecutors investigating admitted Russian agent Maria Butina's infiltration of the NRA, to the New York State Attorney General's and Tax Office's probe of the Trump Foundation, to the criminal investigation of Trump's inaugural fund, to the lawsuit alleging Trump violated the Emoluments Clause when foreign diplomats stayed at his hotel, to the endless string of investigations in Congress into his finances, his actions in office, and his Cabinet members.

Even if Mueller goes away, Trump's problems have no end in sight.