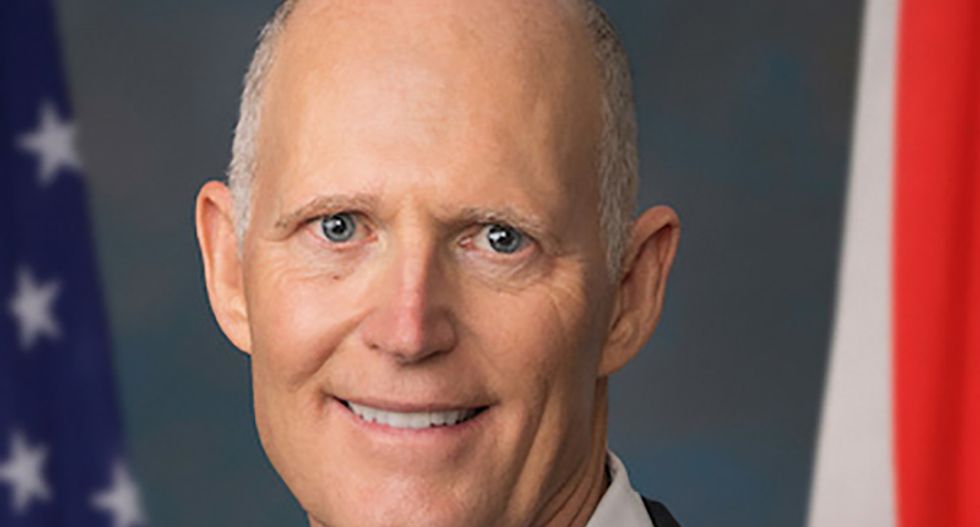 Scott on Monday tweeted his State of the Union guest was the father of one of the Parkland school shooting victims, and noted he has gotten to know him  because of the massacre.

Since the shooting in Parkland last year, I have gotten to know @AndrewPollackFL and his family, and I have been hu… https://t.co/SM6OjVSkwu
— Rick Scott (@Rick Scott) 1549306133.0

As Governor, Scott had a terrible record on gun control and LGBTQ issues. He supported Florida's ban on same-sex marriage and had an "A" rating from the NRA. It reportedly took Gov. Scott five days to visit the scene of the Pulse massacre that took the live of 49 people, most of whom were LGBTQ and Hispanic. And it took him two years, and a run for the U.S. Senate, to finally wear a ribbon to honor the Pulse victims.

After the State of the Union, Rep. Smith blasted Scott, noting that he never bothered to "get to know any of the 49 Pulse families," because "you don’t care about LGBTQ victims."

Smith, who was the governmental affairs manager for Equality Florida before winning his Florida House seat, in April of last year also attacked Scott for not wearing a Pulse ribbon to show support for the victims: