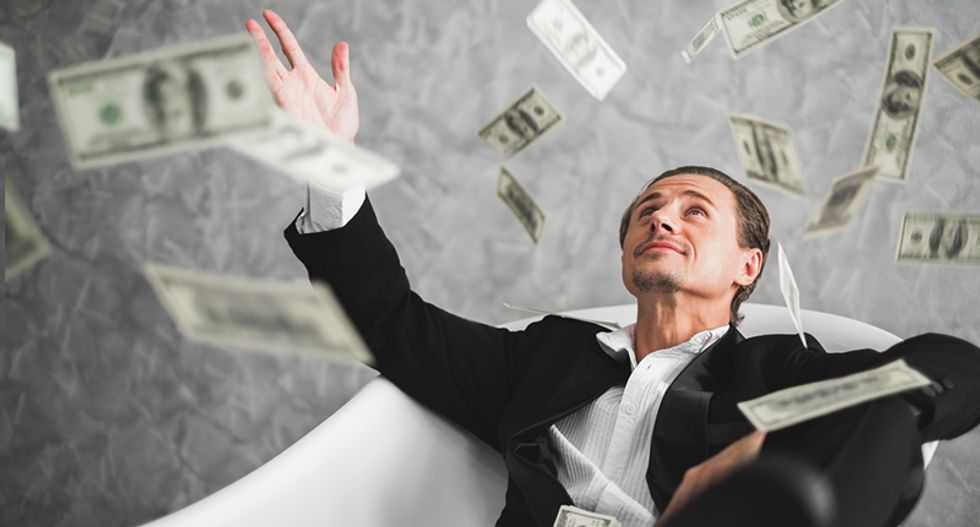 Some people praise Communism, some Socialism, and some Capitalism. Do you know what really matters? Are the citizens of a nation getting fed? Do they have a place to live?  Do they have clothes to wear, and do they have the ability to heat their houses in the winter? Some Communist countries were good at this, some not so much. The same has been true for the more Socialist and Capitalist countries. Regardless of the political and economic design of a country, what I have found is that when too much of the wealth of a nation, as well as too much of the political power, is concentrated in the hands of too few people, the nation suffers greatly.

This was true in France just before The French Revolution, when the only people in France who had food to eat were the rich. It was true in the United States during the worst part of The Great Depression, where a few in the U.S. were incredibly wealthy, and yet about a quarter of the nation was going hungry. Do you want to know what the first thing I think of when I hear about a billionaire is?  The first thing that I think of is all of the people who worked their asses off so that some guy could end up with a billion dollars—and how I wish that guy was just a millionaire who had paid his workers better.

The middle class in this country was built by unions and federal labor laws, and over the past fifty years, Republicans have done everything in their power to weaken both. Yet, middle-class and lower-middle-class Republicans keep voting Republicans into office—enabling these same Republicans to drive down wages further and make it easier for rich people to ship jobs overseas. Then, after Republicans weaken labor laws and unions, thus driving down both wages and opportunity, they complain that the middle class does not pay enough in taxes. In addition, they blame the lowered wages on undocumented workers, when many of these Republicans are the same people who knowingly hire undocumented workers.

Then they make up some joke of an idea that a border wall will stop the undocumented workers from taking American jobs. The only wall in the history of the world that successfully slowed migration was The Berlin Wall in East Germany, and that was only because the wall was relatively short, and was manned at regular intervals by guards with towers, floodlights, and machine guns. Unless that kind of wall is built, the effect of a border wall on migration will be minimal, and even if the U.S. tried to build such an evil wall, desperate people would still find a way to make it to the U.S. If one truly needed to reduce the number of undocumented workers in the U.S., it would be much more effective to levy giant fines on the companies that hire undocumented workers.

Some Republicans actually know that the supposed solutions that they offer are a joke and that America was strongest and had the best long term growth options when unions were stronger, wages were higher, taxes on the rich were higher, Federal deficits were lower, and government support for colleges and K-12 schools was higher. Some of them know this, and they just do not care. As long as they get theirs, they care little about everyone else. They have no problem living in a land where a few live like kings and many live like peasants--because they have convinced themselves that it is always someone else who will be the peasants, and if they do become a peasant, then they blame the undocumented workers, the same workers that they fight so hard to avoid seriously doing anything about.

I do not care if you call things Socialism, Capitalism, or what FDR and LBJ did. I just know that current Republican policies mean blaming everyone but the rich and taxing everyone but the rich--all the while acting like yet another billionaire will know what is right for this country. I am tired of billionaires who have more because they paid their workers less. I also know that in every society in the past 2000 years that has had a few incredibly wealthy people and a whole lot of people barely making it, that those societies have been politically unstable, and that their economies have been unsustainable in the long term. The last thing America needs is more billionaires or billionaires with more power. What America really needs is for more American citizens to be able to fall asleep at night without having to worry about how they are going to possibly pay their bills. What we need is a wealthier middle class and a wealthier lower middle class, and if that means fewer billionaires, we will somehow manage to get by.