Trump holds ridiculous press briefing stunt because he 'couldn’t stand it that Nancy Pelosi was the center of attention': conservative pundit 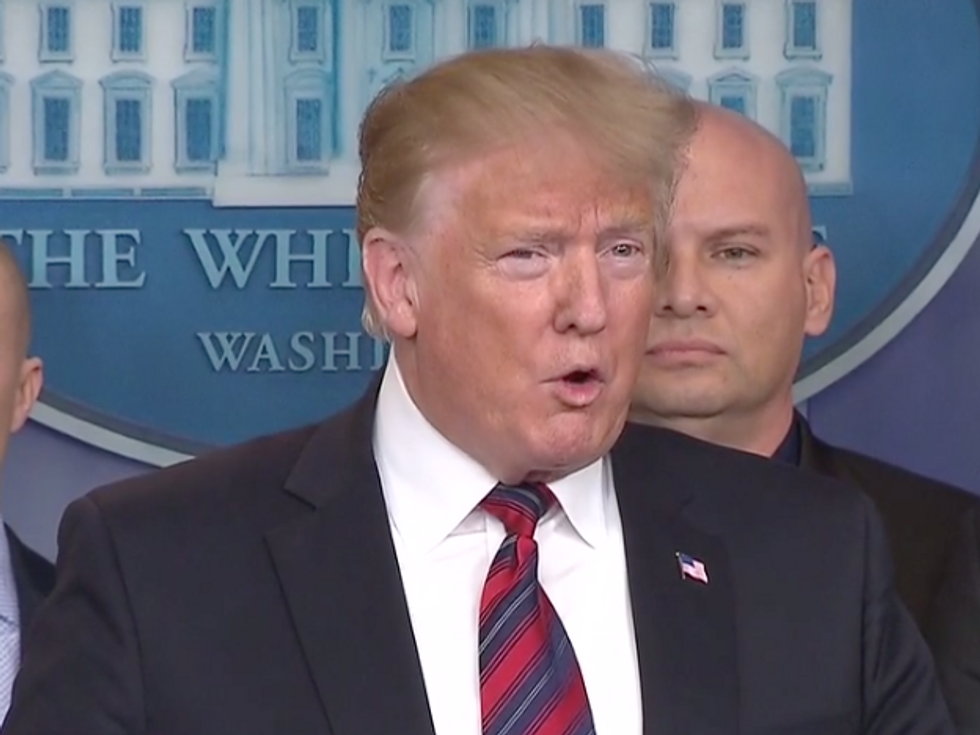 Press secretary Sarah Huckabee Sanders tweeted at 4:07 p.m. EST that she would hold a press conference at 4:10 p.m that same day. After being over ten minutes late, Sanders held the first briefing of 2019.

It was expected that Sanders would use the opportunity to shift blame of President Donald Trump’s shutdown to Democrats, who took power just hours before.

Neither CNN nor Fox News knew what the press conference would be about, but it was assumed she would answer questions about the president’s proposal to end the shutdown.

Republican CNN commentator Ana Navarro suspected prior to the briefing that it was more about deflection of the Democratic Congress than anything.

President Donald Trump surprised the press room by coming in to do his own press briefing. It’s the second time Trump has spoken to the press this week. He began by congratulating Speaker Nancy Pelosi (D-CA) for her win and pivoting to speak about border security.

He explained that he has gotten more support over his demand for a wall over the past several weeks. As a fact-check, the vast majority of the American people do not want the wall. At the same time, 50 percent of Americans blame Trump for the shutdown, while only 32 percent blame Democrats.

He let current and former members of the border patrol speak about the need for a wall and then refused to take questions.

CNN’s political panel called the press conference nothing more than a stunt.

No questions. The president came out with border patrol agents to the podium and called for a wall, while introduci… https://t.co/2IuluyZTcW
— Josh Dawsey (@Josh Dawsey) 1546551464.0