‘There's not going to be any wall money’: Nancy Pelosi just held an epic press conference — and it did not disappoint 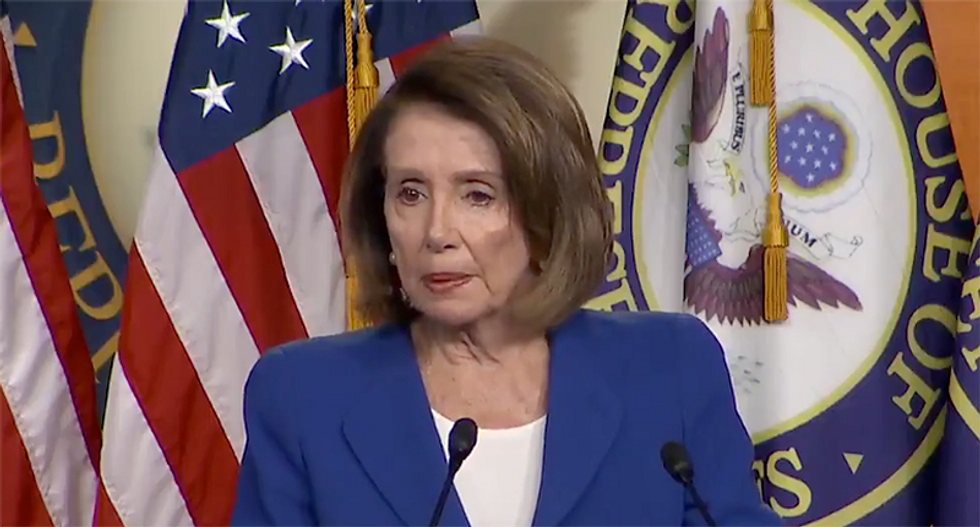 Speaker of the House Nancy Pelosi late Thursday morning held a press conference and she did not disappoint.

Despite a conference committee of Democrats and Republicans working to avert the next shutdown – less than three weeks away thanks to President Donald Trump‘s demand for $5.7 billion for his wall – the Speaker made explicitly clear the wall will not be funded.

“There’s not going to be any wall money in the legislation,” Pelosi told reporters.

The Speaker also talked about the testimony President Trump’s top intelligence officials gave this week, in which they totally disputed their boss’s false claims about threats from Iran, North Korea, and other global actors.

President Trump, Pelosi said, “just has not paid attention,” and “just doesn’t seem to have the attention span or the desire to hear what the intelligence community has been telling him.” She called it “stunning.”

Pelosi says Trump’s dismissal of the testimony by intelligence chiefs is "stunning." "One dismaying factor of it a… https://t.co/ZNvUWPBZvK
— This Week (@This Week) 1548951945.0

Asked if she actually thinks the Kremlin has compromising information on President Trump, which she asked in a bombshell statement last week, she replied, “I think it’s a question. By the way. I’ve been asking that question for two years – almost as long as you’ve asked me, ‘Is there any money for the wall in the bill?’ I’ve always said that. What is this? What is this? Something is wrong with this picture.”